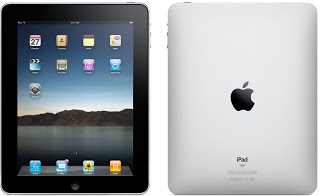 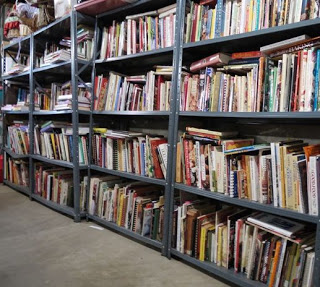 The iPad is not mine, but the cookbooks are.  With the touch of a finger, the iPad will download entire cookbooks, recipes, and probably the grocery list needed for required ingredients.  I think the only thing it probably can’t do is actually cook the meal.  Let me say right away that I have nothing against iPads or any new technology.  In fact, I would love to own an iPad.  My mother has one and she loves it. 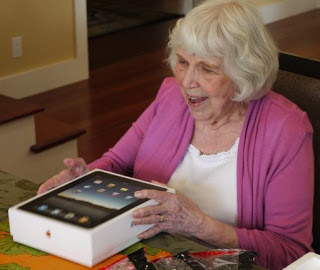 When people have viewed my extensive cookbook and recipe collection either in person or here on my blog, there is always someone who will say – why don’t you put this all on your computer and get rid of the books?  They might as well have said, why don’t I get rid of my kitchen and never cook again?  Oh, wait.  Some people would be happy with that idea, too.  I guess what it comes down to, is those who love to hold a book with substance, and those who love it all squished into a little square object.  I can’t do it.  At least not yet.

Like I said, I really would like an iPad, but it is still nothing like a real book.  A real book can hold more treasures than a few gigabytes of memory.  For example, the other day I bought some cookbooks at a Goodwill store, which is a great place to find them for $2 or less.  I opened one book and a dozen or so beautiful pressed flowers, lovingly prepared and placed in the book, drifted down to the floor.  I picked them up and wondered if they were from a prized garden, or worn for a special occasion.  Whatever the reason, someone had a memory they wanted to preserve;  something to make them smile on a bad day.  I have found things like grocery lists, a yellowed old recipe from a 40-year-old newspaper clipping, treasured family recipes, personal letters, and sometimes old photos or greeting cards.  I even found an old prescription, never filled at a pharmacy.

What an iPad can store in one small object is nothing short of miraculous when you think about it, but what it doesn’t have, is heart.  The app that will show you a recipe does not have notes written in the margin from your grandmother telling you when she made it and for what occasion, or even better, her secret ingredient.  Technology changes so fast, but a good cookbook lasts forever.  One of these days, I will get an iPad, but I will have to ask my 89-year-old mother how to use it.   You’re way ahead of me, mom!

Cookbook Give-Aways for the Week of 9-27-10
Food, Fun, The Bean, Millennium Park, and Rick Bayless – What Could Be Better?!

2 Responses to iPad or Cookbook?