The Most Popular Flavor in the World 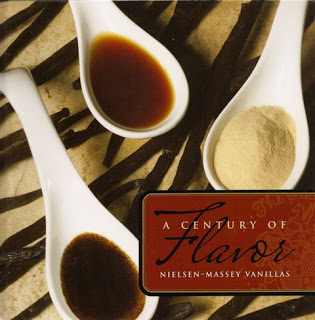 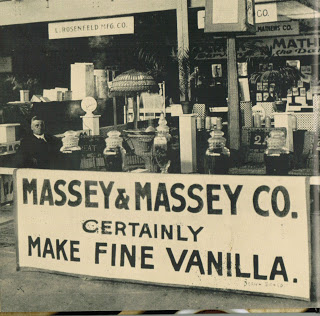 Fine vanilla, indeed.  How about the best in the world?  If you ever watch Ina Garten’s cooking show,  “The Barefoot Contessa” on the Food Network,  you know that she always tells us to only use “good vanilla” in our cooking and baking, then procedes to pick up a bottle of Nielsen-Massey Vanilla.  That’s because she knows it’s the best, too.  Earlier this year, I had the honor and pleasure to be given a tour, along with my daughter Kristina, of the Nielsen-Massey facility near Chicago, right near my home.  The charming Craig Nielsen gave us a personal tour of his family’s company, in business for over 100 years.  We could feel his pride in their product as we walked through  the best smelling company in the world! 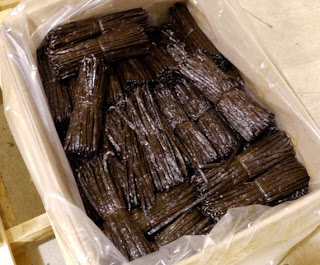 Vanilla pods, or beans, are the fruit of an orchid.  There are thousands of varieties of orchids, but the vanilla plant is the only one known to produce an edible fruit.  Vanilla grows best in areas 10 to 20 degrees north or south of the equator.  It requires a warm, moist tropical climate with year round temperatures of 75 to 85 degrees F.  The growing area should also have relatively little wind and fairly high humidity.  The vine grows best in soil rich in organic matter on terrain that is gently sloping to allow adequate, but not excessive, drainage.  Vanilla should have a mixture of sun and shade and grows from sea level to about 2,500 feet.  Above this altitude, the flowers rarely bloom.  Whew! Now we know why it is so incredibly special! 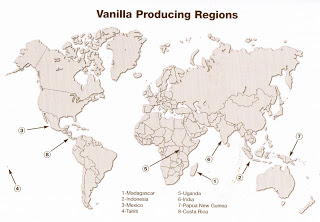 Kristina and I were fascinated with Craig’s explanation of the production process, and the strict standards used at Nielsen-Massey to produce the very best vanilla.  There is a Code of Federal Regulations that states what ingredients are allowable in order for it to be called and labeled as pure vanilla.  By government standard, any product labeled as an extract must contain at least 35% alcohol by volume.  Anything less than 35% alcohol should be labeled as a flavor.  Nielsen-Massey manufactures only pure vanillas and no imitation vanillas, and is one of the largest pure vanilla suppliers worldwide.  They also offer a line of Pure Flavor extracts which include Pure chocolate, almond, lemon, orange, and coffee extract, along with orange-blossom water and rose water.  I also love their vanilla sugar, powder, paste, and of course, the vanilla beans.

And now to the cookbook!  If you love to bake and cook, then you need this book in your collection.  There are recipes from Chefs Rick Bayless, Ina Pinckney, Biagio Settepani, and many others.  Since one of my favorite desserts is Creme Brulee, it was the first one I looked for.  I also found Creme Brulee French Toast, which is to die for.  This weekend, I am making the squash bisque using acorn squash, fresh sage, and the pure orange extract.  Wait until you read the recipes for a filet mignon with vanilla wine sauce; a pork tenderloin with a marinade of soy sauce, rice wine vinegar, vanilla, and brown sugar; or a vanilla-balsamic marinade for salmon.  And you thought vanilla was only for desserts!  Of course, the desserts have to be mentioned, because who could resist a vanilla-mocha cafe cake with a cherries jubilee sauce, or a luscious berry-almond tart.  Before we left our tour, I asked Craig what was his favorite dessert.  Just good ‘ol vanilla ice cream made with vanilla beans.

He had me at vanilla. 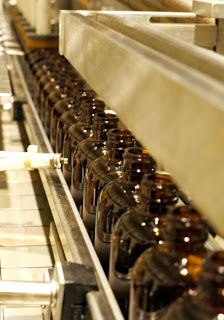 A Century of Flavors, Nielsen-Massey Vanillas

Rye Flour from Grandma Vanni – and our Newfound Relative
Check out First Magazine!

2 Responses to The Most Popular Flavor in the World