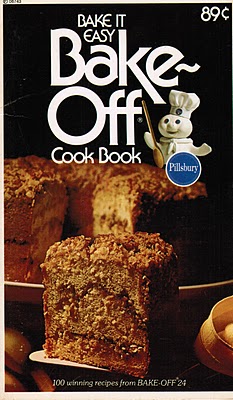 A stay at the Beverly Hilton Hotel in Beverly Hills, California wouldn’t be too hard to take!  Such was the site for the 24th Pillsbury Bake-Off Contest hosted by Bob Barker in February of 1973.  In the entry blank for the contest, the Doughboy looks pretty relaxed in his hammock, although I still have not figured out what exactly is on his lap – a baking sheet with cookies? 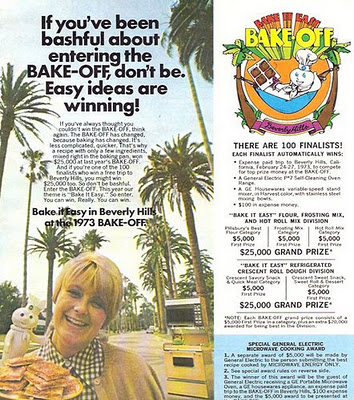 The contestants had quite a range of ages, from two twelve-year-old boys to an 81-year-old.  There was also one contestant who had entered recipes for 17 years in a row before she finally made it into this contest.  Each contestant won a General Electric stove, which I assume is the ’70’s harvest gold one in the background of the entry form.  The 100 contestants were treated to a tour of Universal Studios, a day at Disneyland, and had a great time with game show host Monty Hall doing a mini-version of “Let’s Make A Deal.”
For the second time,  this contest awarded two grand prize winners $25,000 each.  The first winner was Bonnie Brooks of Salisbury, Maryland for her “Banana Crunch Cake.”  Bonnie said she entered the Bake-Off “to gain recognition for housewives.”  Bonnie had two children, baked her own bread, enjoyed sewing, and was an avid reader.  Her husband was an astro-physical geophysicist (whew!) and Bonnie claimed that she has “traveled everywhere there is a satellite, or a meeting about one.” 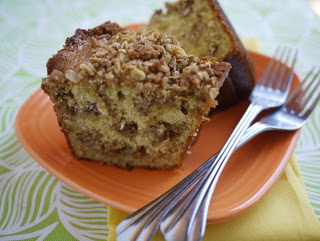 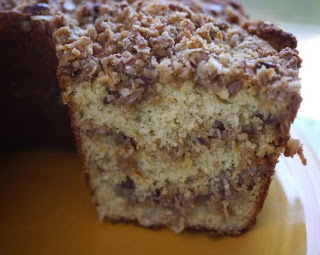 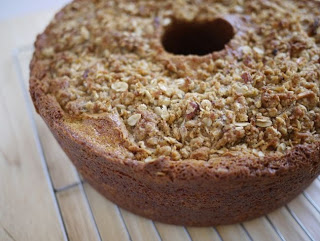 The second winner was Albina Flieller of Floresville, Texas for her “Quick Crescent Pecan Pie Bars.”  Albina described herself as “a wife, mother, and insurance agent.” Albina lived on a farm with her husband and four teenagers, who probably loved her bar cookie that tasted like a pecan pie. 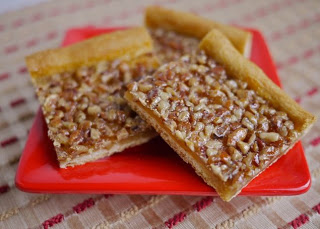 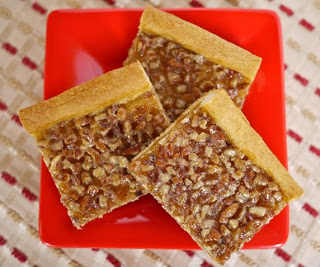 The woman below is three-time contestant Susie Sisson of Palatine, Illinois, and the very first Bake-Off contestant I ever met.  In 1981, Susie was giving demonstrations at Chicago area grocery stores promoting the Bake-Off, and I happened to see a sign at my local Jewel store that she would be there soon.  I was just getting interested in entering the Bake-Off myself and couldn’t wait to talk to an actual contestant.  Susie was so helpful and sweet and gave me the confidence to try it for myself.  The 24th Bake-Off was her first contest, where she entered a “Fudge Brownie Ring Cake,” and happened to be the only person using a bundt pan at the contest.  Thank you, Susie!  I have never forgotten you!

To read more about the Bake-Off go to http://www.bakeoff.com/
To find the recipe for Banana Crunch Cake go to  http://su.pr/29keGM
To find the recipe for Quick Crescent Pecan Pie Bars go to http://su.pr/1zrxKV
Photos of the Banana Crunch Cake and Quick Crescent Pecan Pie Bars are by my daughter, Kristina Vanni. Visit her blog at: http://www.betterrecipes.com/blogs/daily-dish
To read my previous Bake-Off Blogs:
Bake-Off #1: http://su.pr/7gmylO