Day Seven would be our last time for adventures on the ship.  Tomorrow I would head back home to Chicago and Kristina to Los Angeles.  We had to spend a part of the day packing before we arrived in Victoria, Canada at 6:00 that evening, because our luggage had to be all packed and ready to be picked up while we were in Victoria.  I quickly realized I didn’t have enough room in my luggage for all of the treasures we found, plus books are heavy and my luggage would be way overweight.  More on that fiasco tomorrow.

At 11:00, it was time for the “Star Chefs” Cooking Competition on the main stage.  Our favorite chef, John Suley against Aussie chef Robert Sauer, Iron Chef style. 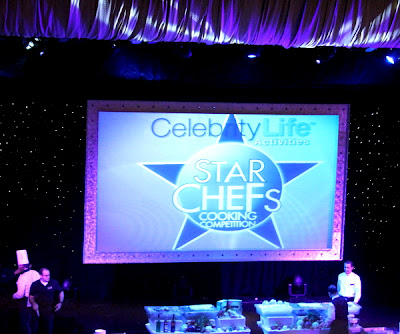 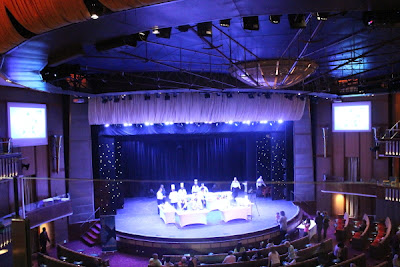 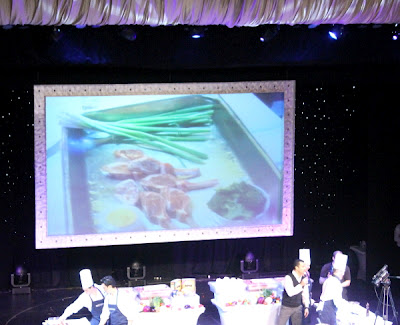 The food items were revealed and the chefs got to work, along with their sous chefs who were selected from the audience. 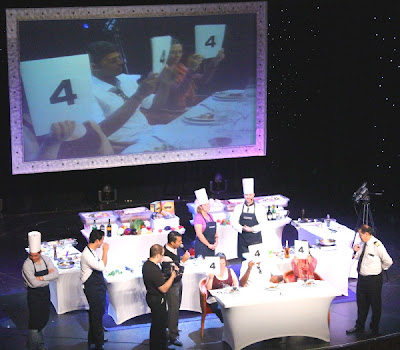 The judges were also audience members, who tasted the food and held up cards with their scores.  The winner in the end was Chef John Suley!

We decided to attend a class on napkin folding in the afternoon, which was more fun than it sounds.  Most of the participants were my age or older.  Right before the class started, a young girl around twelve came in the room looking for her grandmother.  The instructor asked her if she was there for the class.  She turned her head and gave him one of those looks that only a preteen girl can pull off, waiting a second, then said in her preteen disgusted voice, “Ummmm… NO!”  I guess young girls could care less how their napkin is folded. 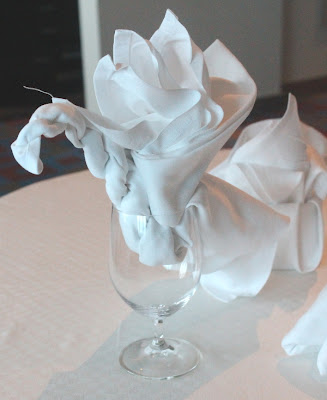 I think this is supposed to be a turkey. 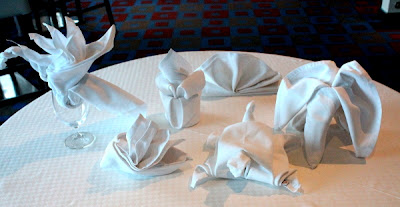 I’m not even sure what some of these are! 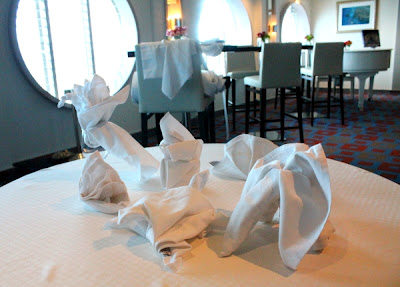 I need to figure out a whale tail.
After the class, it was almost time to disembark in Victoria.  The first place we wanted to visit was “The Empress,” a beautiful historic hotel. 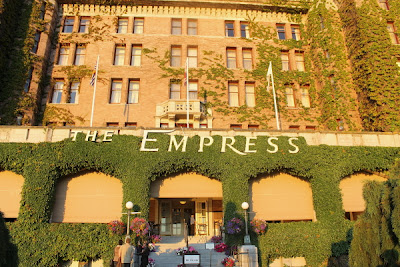 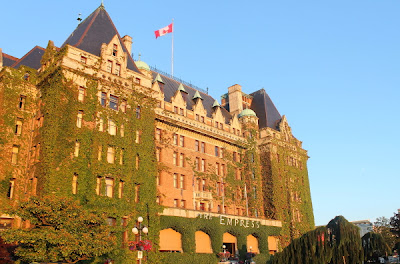 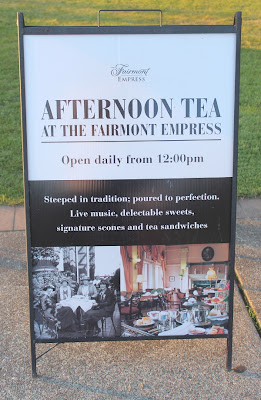 The hotel is famous for its High Tea. 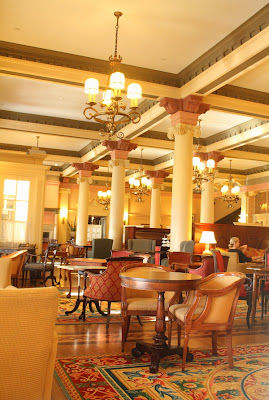 The dining room was so elegant, yet very warm and inviting. 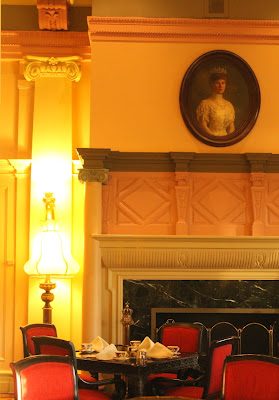 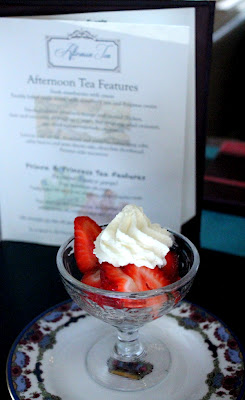 Tea began with strawberries and cream, and of course, tea. 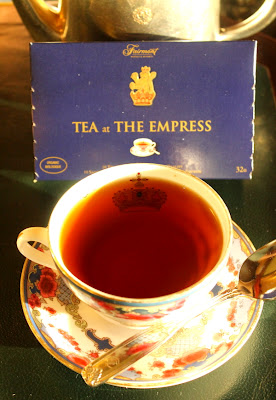 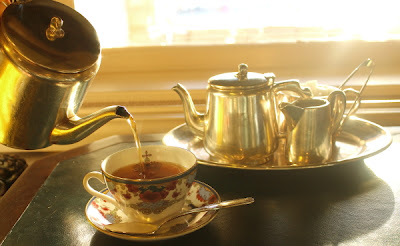 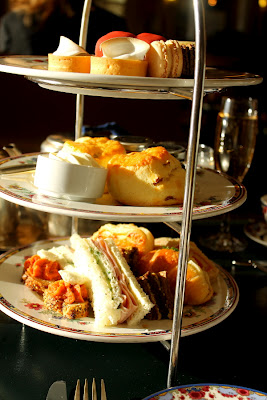 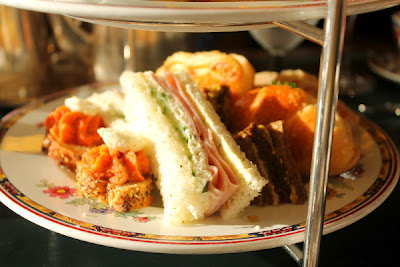 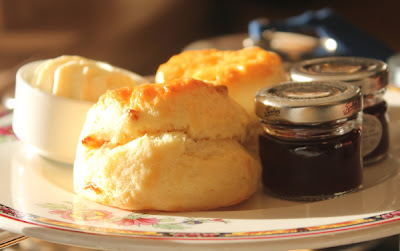 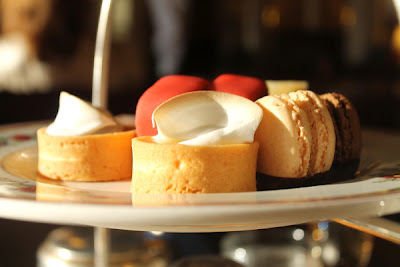 After our delightful tea, we headed out to see downtown Victoria. 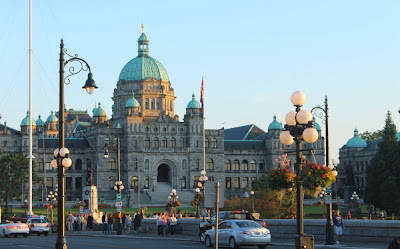 The Legislative Building.  It’s gorgeous lit up at night. 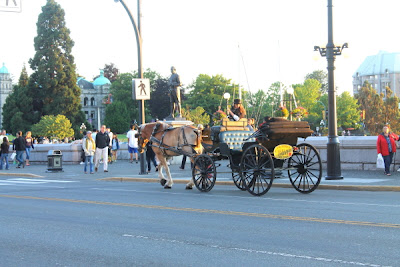 Take a horse and buggy ride, or… 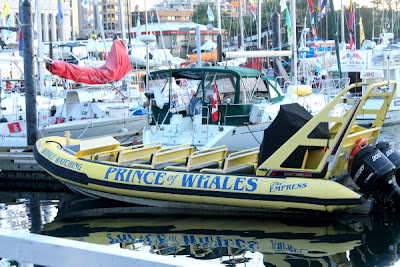 Take a boat out to find some whales, or… 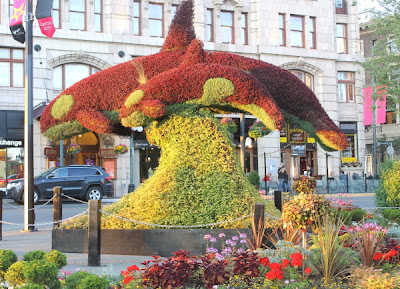 Find these whales.
By this time of night, many of the stores had already closed, much to our disappointment.  Kristina and I both wanted the Canadian red and white New Balance walking shoes, but had to resort to drooling over them through the window.  We found a store with everything maple-flavored from syrup to popcorn.  My mom loves maple and I bought her a huge bag of goodies.
We were really tired by now, and had to make our last trek back to the ship.  We would dock around 7:00, but the guests leave in shifts, and we were due to leave around 8:30.  It was off to bed with one more night of the cool ocean air.  I heard it was 105 in Chicago and I was not looking forward to it at all.
Just 86 nautical miles to go and Seattle would be our last stop.
Alaskan Cruise Day Six: At Sea with a 4th of July Bash
Alaskan Cruise Day Eight: Home Sweet Home