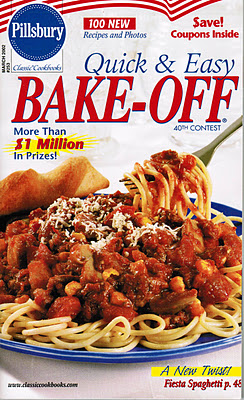 During the cooking competition of a Bake-Off contest, the area with the 100 ovens, lights, cameras, and nervous cooks is always bustling and busy; but you usually don’t hear pounding, and pounding, and pounding.  If you were cooking anywhere near Denise Yennie, an accountant from Nashville, Tennessee, you would know why.  As Denise developed her “chicken-pounding elbow,” as she called it, it may have been noisy and turned some heads, but there were a million reasons why it needed to be done.  You see, Denise was pounding her chicken breasts, preparing them for her fabulous panini sandwich which won her a cool million dollars at the 2002 contest in Orlando, Florida. 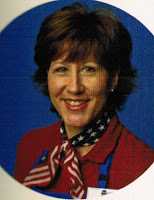 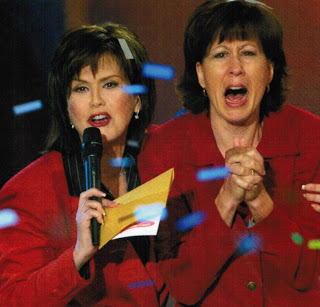 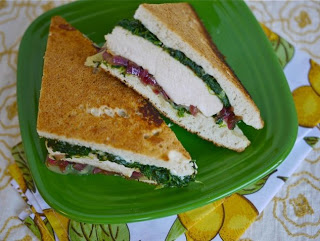 The night before the big announcement of the winner, Pillsbury hosted a lavish party for the contestants at the Hard Rock Cafe, where the Doughboy boogied away while Denise’s own husband dazzled the Bake-Off crowd with his Elvis impersonation.  One special little girl who loved all the hoopla was Alyssa DeSantis from Pennsylvania who made “meatball pops” using meatballs and cheese wrapped inside Pillsbury’s Grands biscuits, coated in crushed croutons and baked, then dipped in warm pizza sauce.  Alyssa was a third generation Bake-Off contestant, following in the footsteps of her talented family of grandma, grandpa, dad, uncle, and aunt.  A contestant who was there for her third and final contest was another Pennsylvanian, Pat Harmon, who made a delicious “Baja Chicken Salad with Taco Vinaigrette,” which she developed one summer when visiting her daughter in Arizona.  In Pat’s first contest, the contestants were given a $50 gift card from Sears; at her second contest, they received a hand mixer, but what she really wanted was an Advantium oven that was given to contestants at the next contest, which Pat did not attend.  She was determined to make it a third time to try for the oven.  Low and behold, she did.  Here are Pat’s words about her third and final experience:
“I had hoped that I might score a monetary prize with my salad, but alas, not to be.  As usual, it was a great time in Orlando seeing some friends that I had met before and meeting some new ones.  And I FINALLY got one of those Advantium ovens which I still use today.  However, it didn’t fit into my little kitchen so I decided to remodel my kitchen so it could fit under the cabinet.  My husband used to tell folks that I won that appliance worth about $1,000 and spent THOUSANDS to make it fit!  I designated those first three years of my social security checks to pay for it.  My experiences with Pillsbury remain as some of the most memorable in my contesting life and I am so happy that I got to go when I did.”
Another contestant attending this Bake-Off was Patrice Hurd from Minnesota.  I first met Patrice when she was competing at another contest where my daughter Kristina and I struck up a conversation with her and found out she was of Finnish heritage, as is my husband.  We had a good time sharing stories of various Finnish foods.  However, it was not a Finnish recipe that got Patrice into the Bake-Off, it was an all-American recipe of yummy pretzel bars made with mixed nuts, peanut butter, toffee bits, chocolate chips, butterscotch chips, chopped pretzels, and Pillsbury’s refrigerated sugar cookies.  And as contestants always say, they have the time of their lives and make wonderful friends.  Patrice had a marvelous time and made one of the most special friends of her life at this contest.  I will let her tell the story:
Funny story about the creation of my 2002 PBO entry: I had such a wonderful over-the-rainbow-experience at my first 2000 PBO appearance, that the day after I got home, I wrote a recipe, scribbled, “2002 PBO entry” on top of the scrap of paper and filed it away. Miraculously, I found it for the next entry period, and my Nutty Chocolate Pretzel Bars took me back to the land of Oz.

This contest was amazing in a couple of respects, above and beyond the usual PBO euphoria. I met the very charming Denise Yennie and we had a great time dancing with the Doughboy at the big, blow-out party the night before the Awards Ceremony. My husband had his video camera along and got hilarious footage of Denise’s husband as he was dragged onstage to be in an Elvis impersonator contest. While he appeared an unlikely fit for Elvis, he surprised the entire audience with his spot-on impersonation and delighted everyone! Later, as Denise and I waited in the food line, she looked over the huge floor filled with people and said, “Just think . . . tomorrow, one of these people is going to be a millionaire.” Little did I know that I was standing right next to that person 🙂

The most amazing memory I came away with from that 2002 contest, was a sweet friendship I made with Cindy Schmuelling, a finalist from Kentucky. I don’t even remember how we met there, but we kept running into each other everywhere we went, and she just had such a glow of excitement and exuberance around her. As we sat next to each other at the early breakfast before we made the march to the Bake-Off floor, she explained the large assortment of pills she was trying to down, along with her breakfast: she had stage 4 ovarian cancer. Her physician had tried to dissuade her from making this trip, but Cindy had waited her whole life to be at the Pillsbury Bake-Off . . . and she was savoring every second of it.  As a marching band led us from the breakfast room, we both had tears in our eyes as she sighed and said, “Isn’t this just the best day of your life?”

We continued our friendship through emails and phone calls, through treatments and surgeries, through the ups and (mostly) downs of her illness. Cindy never lost sight of another trip to the PBO again, hoping she would get well enough to make a second appearance someday. I’ll never forget the 2004 July morning when I opened up my email and saw a message from Cindy’s husband, with the subject line, “An angel got her wings.” I’ll also never forget the joy in the eyes of someone who loved being at the Pillsbury Bake-Off more than anybody I’ve ever known – even me. This memory alone always reminds me of how lucky we are to have a hobby that rewards us with such riches . . . whether we win any money or not.

My Nutty Chocolate Pretzel Bars didn’t win any prizes at the 2002 Pillsbury Bake-Off, even though spectators swarmed my station when the tasting samples were ready. It was like throwing chocolate bait to hungry fish, and some even returned to fill little plates to take back to their groups. Oh well, it wasn’t my day, my planets weren’t aligned and my lucky star was on vacation . . . who cares, being a Pillsbury Bake-Off finalist is as close as I’ve ever been to seeing that other side of the rainbow!

Thank you, Patrice.  This blog is forever dedicated to your friend and angel, Cindy.


Prize winners from this Bake-Off:


To read more about the Pillsbury Bake-Off go to http://www.bakeoff.com/

To find the recipe for “Chicken Florentine Panini” go to:

Photo of “Chicken Florentine Panini” is by my daughter, Kristina Vanni. Visit her blog at: http://www.betterrecipes.com/blogs/daily-dish

For Your Special Valentine
The Kindness of Strangers