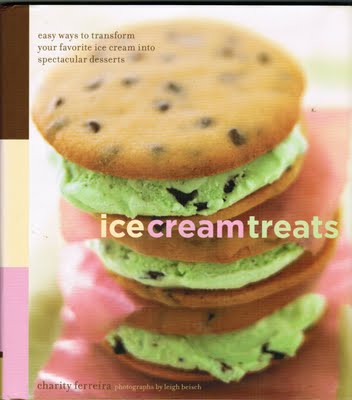 It’s probably safe to say that most people love ice cream.  I actually don’t think I have ever met anyone who didn’t like it in some shape or form.  My first memories of loving ice cream treats was the Good Humor Man who used to drive around our neighborhood with the song playing loud enough for the kids to hear, so they could run in the house and beg mom or dad for a quarter to buy a treat.  My friend Linda and I loved Ken, our  Good Humor Man.  He was an “older” man of probably 17 or 18.  When one is 7 or 8 years old, a teenager is old, but not too old that you can’t have a major crush.  I remember ordering my favorite toasted coconut bar while gazing at Ken.  Love those men in white uniforms.
My grandmother loved, and my mother still loves, the creamy goodness of ice cream.  My grandma would say she wasn’t hungry for dinner and then eat a bowl of ice cream.  Sometimes on the phone with my mom, I will ask her what she had for lunch or dinner.  Oh, I wasn’t hungry, she says, so I just had some ice cream.  One ice cream treat that I remember is the legendary San Francisco “It’s It!” bar.   It was two oatmeal cookies sandwiched between vanilla ice cream and dipped in chocolate.  When I moved away from San Francisco, I missed it;  not quite as much as the Golden Gate Bridge, but I still missed it.  The “It’s It!” bar was invented sometime back in the 20’s.  I think at one time, it went out of production, but made a comeback.

This great little cookbook of ice cream treats has all kinds of recipes for ice cream cakes, pies, drinks, sundaes, sauces, toppings, parfaits, and homemade ice creams.  There are desserts such as a tiramisu ice cream cake, babas with rum-soaked brioche filled with vanilla bean ice cream, or dulce de leche ice cream sandwiches made with Mexican wedding cookies.  You are only a pint away from turning your favorite ice cream flavor into pure bliss.

When my girls were young, they were asked to be on the cover of a food publication magazine, where the company wanted to show them making ice cream.  The above photo not only graced the cover, but was made into a poster.  The ice cream maker they used was one of those old hand cranks and the ice cream almost melted before the photo shoot was over.  The girls still remember this experience with fondness, although I never did let them have ice cream for dinner.  At least I don’t think they ever did.  I will have to ask them if their grandma let them.  I wouldn’t be surprised, actually.  The love of ice cream runs in the family.