"Joy of the Mountain" 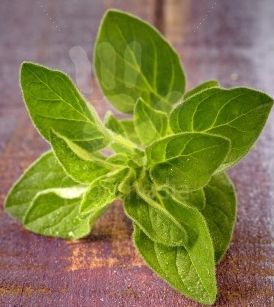 We finally got our backyard garden planted this past week.  Herbs and tomatoes are my favorite items to plant, but oregano is among the first of the perennials to greet me when the soil is warmed up.  It’s like it sticks up its pretty little head and says, “I’m here!”  It can quickly overrun the neighboring herbs if care is not taken to cut it back.  Oregano is one of the easiest, and most useful herbs to grow.  It is a universal and lively participant in many cuisines.  It is translated to “joy of the mountain” because it grows wild on the barren hillsides of Greece.  Greek food would be lost without it.  In the United States, oregano became popular after World War II, when soldiers who had been stationed in Italy returned with a craving for it.

The powerful flavor of oregano lends itself well to robust foods, especially tomato-based sauces.  When using fresh oregano, add to dishes the last 20 minutes of cooking, to just allow its flavor to develop.  If you are using dried, it can be added at the start of cooking so it rehydrates and the taste permeates the food.  The basic rule of thumb is to use twice or three times as much fresh herb as dried.

Chill Out!
Grill up some Chicken this Weekend!