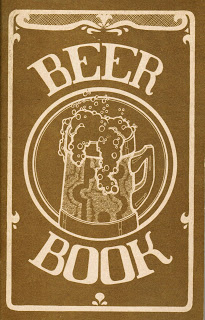 I don’t like drinking beer.  So why am I writing this?  Because I love to cook with beer.  Every time I smell beer, all I can think of is college parties, especially those keg parties out in the woods.  I had fun at parties when I was in college just as much as any student, but even back then, I couldn’t stand the smell of beer for hours at a time.  It’s just different when you cook with it.  Beer makes brats taste better, and what are fish and chips without a good beer batter?   When my daughter, Kara, came back from Ireland, she wanted me to make a beef stew with beer – and it was fabulous!

Since I live in Illinois near the Wisconsin border, I shop often at a large grocery store in Kenosha that carries everything.  You have never seen such a selection of beer, brats, sausages, cheeses, and butter, until you go into Wisconsin, and especially at this particular store.  Actually, even more when you go up a little farther north to Milwaukee.  So I trek up there more in the summer, when everyone wants grilled brats, hot dogs, and other sausages.  Cooking with beer adds a robust flavor that nothing else can match.  It seems to make things more airy and crisp, and adds a lightness and buoyancy to biscuits and breads.
When beer is heated, the alcohol evaporates, just as it does with wine cookery, but a completely different flavor than wine.  One of my favorite Wisconsin recipes is for cheddar cheese and beer soup.  My husband loves beer can chicken.  This cookbook may be a small paperback, but it deals a punch with the recipes inside.  For appetizers, try a beer fondue or cocktail puffs.  For soups, a beer-vegetable or a tomato-beer with dill.  Since beer is incredible with meats, the recipes for meat loaf, stew, pot roasts, chicken, veal, lamb, and of course, all pork and ham recipes are outstanding.

If you really love beer and/or German food in general, then go to Mader’s in Milwaukee.  It’s been around since 1902, and serves amazing German food.  One time last year when my daughter Kristina was going to be on a Milwaukee morning show with a food and cooking segment, I drove up and met her there.  We had to eat dinner at Mader’s and were not disappointed.  I skipped the beer, but had a beer pretzel with a mustard dipping sauce that was to die for.  And I mean a pretzel the size of a dinner plate.  Kristina and I happily shared it and could have been happy with just that for dinner.  The restaurant also has an extensive, impressive collection of beer steins.  If you love beer, you must see this!  They also have a huge collection of Hummel figures.

I will continue to cook with beer, even though I don’t drink it.  And I’ll think of Laverne and Shirley working happily at a beer distributor rather than frat boys in college, and I’ll still use the great recipes from this cookbook which would not be the same without beer.  Try this basic recipe for a beer batter and use it for shrimp or other fish.

Combine all ingredients in a bowl with a wire whisk.  Coat shrimp or other fish with the batter and fry in hot oil until crispy and fish is cooked through.

8 Responses to Cooking with Beer