Ladies and Gentlemen- Start Your Ovens- for Suzie

In my last blog, I gave the information on how to enter the million dollar Pillsbury Bake-Off contest.  Sure, it’s a huge prize, endless fun, and the winner becomes an instant celebrity.  But the Bake-Off wouldn’t be the Bake-Off without the 100 hand-picked contestants, and Pillsbury picked one in particular five times to compete.  I want to tell you about her.  Suzie Sisson.  Don’t forget that name, because Suzie epitomizes the Bake-Off itself, and I will never be able to even hear the words Bake-Off, or see a package of crescent rolls, without thinking of Suzie.

The Pillsbury Bake-Off contest is an American original.  It began in 1949 as a way for “housewives” to show off their cooking skills using Pillsbury products.  It has grown by leaps and bounds since 1949, and it is no longer a contest just for “housewives.”  Far from it.  The Bake-Off has had doctors, lawyers, teachers, firemen, business owners, and just about every walk of life you can think of entering- and winning- the contest.  There is now a three-time rule for contestants to enter, but at one time, there was no such rule. Suzie was one of the lucky ones before the rules changed, and she was selected to compete five times.  And let me tell you – Suzie was no ordinary contestant.  She was a patent-holder, a published author, expert cook, gardener, and a perennial volunteer for the American Cancer Society and other organizations.  I say “was” because Suzie died last week, and the world lost someone special.

At Suzie’s funeral last Thursday, the room was filled with her family and friends viewing still photos, watching a camera roll of pictures on a computer screen, and reading about her patent which she earned over a decade ago.  I never knew the details about the patent, but when I read about it, it made my hair stand on end.  You see, Suzie, along with a gynecologist/oncologist, developed what they called a “compression bandage” back in the early 90’s.  Breast cancer patients back then had to bind their chest area with simple ace bandages, wound around and around, after surgery.  Suzie, who was a cancer survivor, although not breast cancer, thought women should have something easier and more comfortable.  Along with the oncologist, they developed a bandage that only had to wind around the body area once and then tightened with velcro, making the process easier.  I suddenly realized something that blew me away.  When I faced my own cancer (uterine) about 8 months ago, after surgery I was wrapped around my middle in Suzie’s invention – a compression bandage that looked like the one in the photo sitting there on a table at her funeral.  Little did I know that Suzie was a part of my recovery, as I had to wear the bandage 24 hours a day for two weeks.  Thank you, Suzie.

After being stunned by this discovery, I returned to the table with the scrolling photos.  Included were all of Suzie’s Bake-Off pictures, with her proudly holding her entries at the contests.  It was because of the Bake-Off that I even met Suzie at all.  Back in the ’80’s, as I was entering a local supermarket one day, there was a large sign on the door saying that Bake-Off contestant, Suzie Sisson, would be at the store the next day preparing and giving away samples of her winning entries.  I had been fascinated with the Bake-Off for many years but never entered, and I knew I just had to return the next day to meet Suzie.  I can still remember being so excited, and so nervous, to meet a real Bake-Off contestant.  I walked up to the table and saw this beautiful blue-eyed friendly face cutting up samples of her food.  Suzie smiled at me and asked if I would like to try some.  Of course I did.  I was star-struck!  I told Suzie of my love for the Bake-Off, but I never had the nerve to enter, thinking I could never do it.  She not only encouraged me on the spot, but she called me many times over the entry period to give me tips and always to tell me I could do it.  One time when I picked up the phone, all I heard was “Debbie- use sour cream in something!  Pillsbury loves sour cream!”  Well…. hard as I tried, with and without sour cream, I didn’t make it in on my first try.  But Suzie did not give up on me.  We became good friends and spoke often on the phone about everything from the Bake-Off to what our kids were doing in school.  When the next entry period came around for the next contest, then I would hear- “Debbie – use cream cheese!  Pillsbury loves cream cheese!”  Lo and behold, I made it into the contest on my second try.  My first contest, Bake-Off #32 in Orlando, was one of the best times of my life.  My husband and girls came along, and even though I didn’t win, we had a ball.  I made so many friends, who remain my friends to this day.  I got into the Bake-Off again in a couple years.  After that, I only had one more time to go with the three-times-and-you’re-out ruling.  If I had chosen to try for a third time, then my third time, according to the new rules, not only could I never go again, but neither could any immediate family member.  I decided to hold off, and good thing I did.  My daughter, Kristina, at age twelve, made it into the Bake-Off a few years later and won $2,000, the youngest money-winner in the history of the Bake-Off.  At that same contest, my mother was also a contestant, and she won $10,000, making them the only grandmother-granddaughter in Bake-Off history to both win money at the same contest.  And this was all because of Suzie and her initial encouragement.  Suzie changed the life of three generations.

Perhaps one of my favorite Bake-Off stories involves Suzie and a well-known Hollywood director, the late Nora Ephron, who wrote and directed many movies, including You’ve Got Mail, Sleepless in Seattle, and Julie and Julia.  The director obviously loved food and cooking, as she showed up at one of the Bake-Off’s, which turned out to be one of Suzie’s, in Beverly Hills.  The director, even though she was known to enjoy cooking, poked fun at the contest and even some of the contestants, which angered Suzie to no end.  I can still hear her ranting about Ms. Ephron and her biting words about the contest, contestants, and their entries.  Not one to give up, Suzie decided to pack up a box filled with Pillsbury products, mailed it to Nora Ephron’s office with a note saying – Here!  See if YOU can make a winning entry!  That story makes me laugh every time I think about it.

I know many, many Bake-Off contestants, and hope to know more at future contests.  I ask of my Bake-Off friends, old and new, and those entering for the first time this year, please remember Suzie while you are cooking at the Bake-Off ovens.  After all, she will be at every contest, looking down at all of you… and smiling. 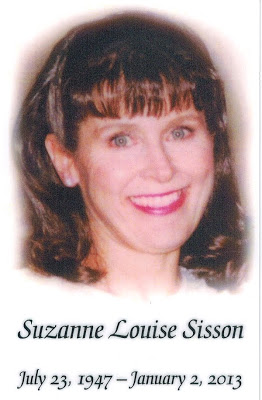 Who Wants To Be A Millionaire?? It’s Time for the 2013 Pillsbury Bake-Off!!
The Gem Of Esplanade Avenue

10 Responses to Ladies and Gentlemen- Start Your Ovens- for Suzie