A World of Food from a 1950’s New England Kitchen 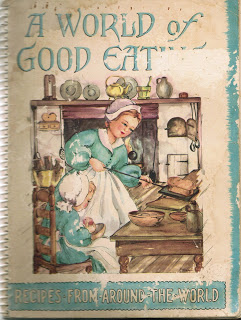 I’ve had this book forever.  It’s missing some words on the cover and is water stained from a flood in the basement, but I couldn’t toss it.  It’s a delightful 1951 cookbook by Heloise Frost who says the book was “tested in the kitchen of a New England housewife and published for the enjoyment of the American people.”  Mrs. Frost states that with three children and a limited budget, she was unable to dine in fancy foreign restaurants, so she decided to bring exotic recipes into her home.  Each chapter begins with a whimsical drawing of the country where the recipes originated.  The artist is Ellen Nelson, who was known for her distinctive hand-painted greeting cards that she would send to her friends and family, but was persuaded to sell her artwork.  She died at the age of 94 in 2002. 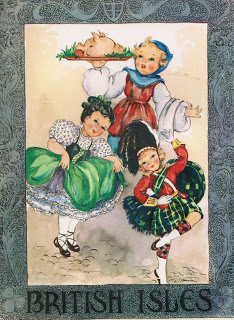 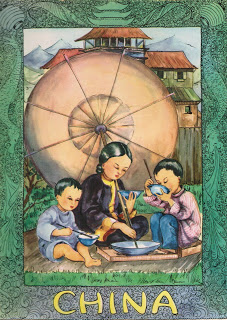 I was surprised at some of these recipes from a 1951 cookbook!   Along with the usual fried rice and egg drop soup was the Bo-Pe, including both a meat and sweet filling, and  moo-goo ngow. 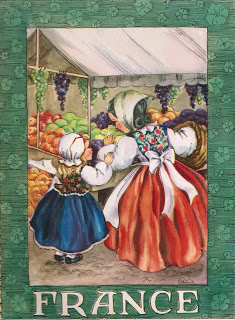 I love this drawing of a mother and child at a Parisian market.  Recipes include onion soup gratinee; vichyssoise, savarin, a basic french omelette, fletans a l’orly, and of course, French bread. 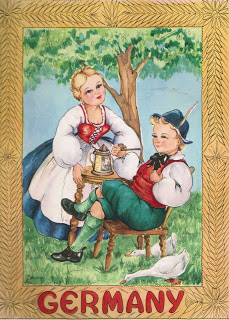 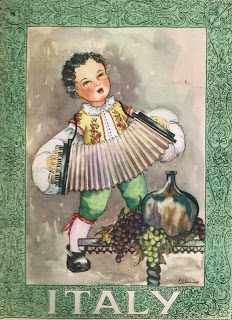 The recipe for pizza sounds like a deep dish from Chicago!  Also sounding great is the ravioli with a chicken and spinach filling; spaghetti sauce; stuffed zucchini; stuffed mushrooms; lasagne; veal scaloppini alla cacciatora, and a salad with vegetables and two kinds of olives. 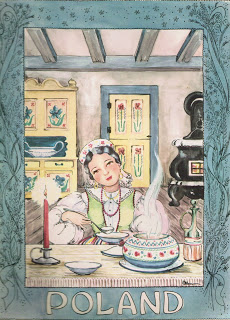 There are some recipes in here I had never heard of such as pitter, and barszcz.  The paprika chicken, caraway pork chops, and stuffed cabbage all sound good. 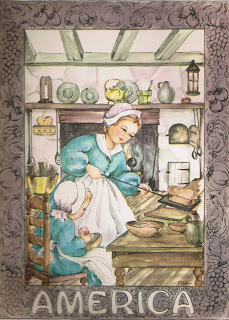 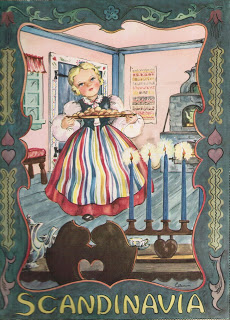 This is my favorite chapter, and the longest.  It reminded me to get out my aebleskiver pan and make pancake balls.  Others include Swedish glogg, Danish apple pudding, Swedish potato salad, Swedish meat balls, lingonberry sauce, rum pudding with raspberry sauce, roast goose, rice pudding, Danish pastries, and a large suggestion of smorgasbord foods.

There are a lot of great recipes in this tiny little self-published book.  I’m sure Heloise’s family took many a trip around the world without ever leaving the comfort of their kitchen.

A World of Good Eating

My Favorite Tree
So You Want to Write a Cookbook..