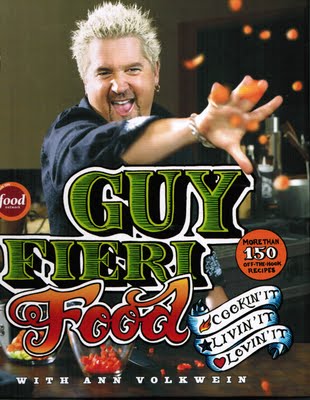 What better way to start a weekend than with some rockin’ Guy Fieri food?!  Have you ever seen anyone with so much energy?  I have had the pleasure of seeing Guy a couple times – once when he crowned my daughter Kristina  the “Pork Diva” in New York City at a pork grilling contest, and then again this past spring at the International Home and Housewares Show in Chicago, where Guy drew a HUGE crowd to watch him cook and entertain.  Let me tell you – Guy is such fun to watch and you walk away feeling energized! 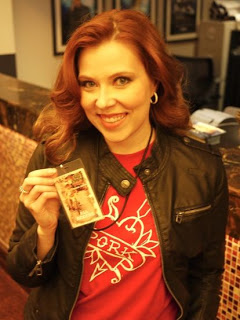 Kristina interviewed Guy at one of his popular road shows recently near Chicago, and had an all access pass for the event, which is sponsored by the National Pork Board.  Watch her video backstage interview with Guy talking about, what else, pork!
When Kristina returned home from the show, she had with her this amazing cookbook.  It’s big and bold and full of recipes, just like Guy.  I sat down with the book and had the best time going through it.  There are not only incredible recipes (more on those later), but you will read about Guy’s fast rise to fame after he was chosen the “Next Food Network Star” on the Food Network.  You will read about his road shows, his family, his restaurants, and even tips on kitchen equipment, pantry items, and appliances.
I loved the story about when Guy was little, he established himself as the youngest entrepreneur in his hometown of Ferndale, California.  Guy would sell his toys to tourists, then go find a candy vending machine and fill up.  The tourists thought he was so cute, they would give him money and buy him treats.  Guy’s mom thought he was having too many treats and put a sign around his neck that read: “Do Not Feed Me, Please!” 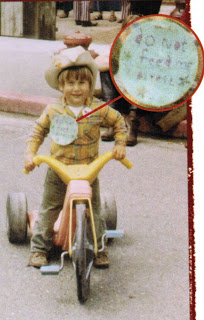 I also love the story about Guy’s process of entering “The Next Food Network Star.”  Guy actually had no intention of entering himself, but two of his buddies had ideas of their own.  One buddy talked him into going for a bite to eat at Guy’s restaurant, Tex Wasabi’s, and when they got there, the other buddy was waiting with a camera.  Guy finally agreed to let them make the required video tape to enter the competition.  However, Guy forgot to mail it in.  One of the friends noticed it sitting there, and said that the deadline was extended for accepting entries, so it finally was mailed into the Food Network at the last minute.  Guy received a phone call from the casting person and before he knew it, he was flying to New York City.  Guy got out of the cab wearing his leather jacket, shorts, flip-flops, and stepped into 6 inches of snow.  He was the last to arrive on the set.  The other contestants were all graduates of a culinary school, but not Guy.  He said “I own three restaurants and didn’t go to culinary school.  I learned in restaurants.  I don’t bake – I’m just Guy.”  He thought for sure he was dead.  But as we all know, the rest is history. 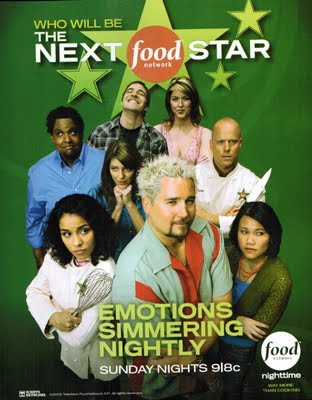 Now back to the cookbook – there is everything from pizza, pasta, sandwiches, poultry, beef, lamb, seafood, vegetables, sides, sauces, rubs, marinade, drinks dessert, and of course, pork.  Everything is so bold and full of flavor.  Nothing ordinary here.  How about chorizo clams, Irish nachos, pepperoni-studded lasagne, bacon-jalapeno duck, s’more pizza, chicken-avocado egg rolls, Chicago-style pizza with hot Italian giardiniera, or dry-aged rib eyes with horseradish gremolata.  This only touches on what you will find in the cookbook.  Sometime this summer, lay out on the hammock or on the beach with this book, and find something new to make for dinner.  Guarantee you it will be “money.”
To read more about Guy, go to:  http://www.guyfieri.com/
To read more about this season of  “The Next Food Network Star,” go to: http://www.foodnetwork.com/the-next-food-network-star/index.html
To read Kristina’s pork blog with the National Pork Board, go to: http://porkknifeandspoon.com/ 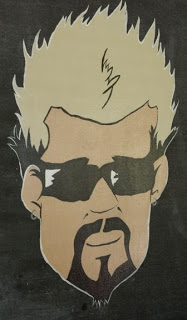 It’s the Law in Chicago..
Chicken Kiev for a Crowd