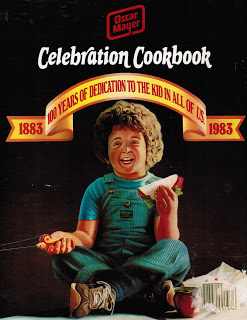 It’s that time of year again – baseball and hot dogs!  Can’t you already hear the crack of the bat and the smell of hot dogs roasting?  I know my husband looks forward to baseball season and always has high hopes for his Cubbies.  My dad was a huge Cubs fan, too, so I have lived with it all my life.  My favorite thing was not always the hot dogs, but seeing Little Oscar in the Wienermobile.  The sausage-shaped vehicle used to appear in parades around Chicagoland when I was young, and the little chef would pass out “wiener whistles” to the children.

This cookbook from 1983 was written as a celebration of 100 years of recipes using hot dogs, bologna, bacon, and sausages.  There are recipes beginning with all the old-fashioned favorites like a Coney Island Dog and a Hot Bacon-Spinach Salad.  There are recipes for breakfast, brunch, appetizers, sandwiches, salads, and cooking for a crowd.  Every chapter also suggests all kinds of family friendly parties like an old-fashioned ice cream social, 4th of July party, Halloween treats, picnics, and an Oscar Party – not the hot dog-  the Academy Oscar party.

But if you live in the Chicago area, you know how to make a real Chicago-style hot dog.  And don’t even think about putting ketchup on a hot dog in Wrigley Field.  You will be booed out in two seconds flat.  So to make a real Chicago hot dog you must have a hot dog in a steamed poppy seed bun, topped with yellow mustard, green relish (really bright green!), fresh chopped onions, tomatoes, a kosher pickle spear, two sport peppers, and a dash of celery salt.

But who was cuter than that little boy on the cover singing “My bologna has a first name, it’s O-s-c-a-r…”   Just in case you have forgotten: 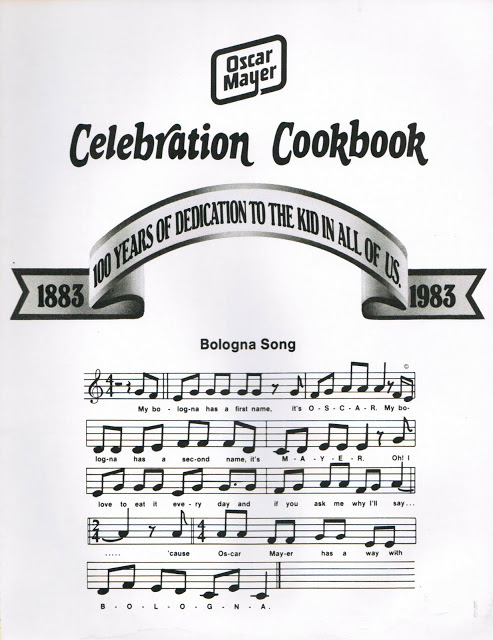 How’s that??? (As he used to say that after singing the song, remember?)

And don’t forget – NO KETCHUP ON THE DOGS!