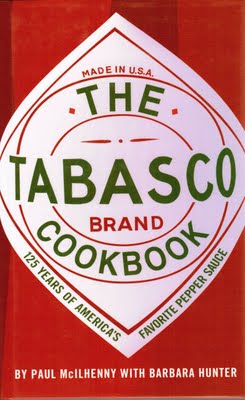 This is a cookbook as lively as the sauce itself.  Author Paul McIlhenny is the fourth generation of McIlhenny’s to produce Tabasco Sauce.  There are years of history in the little red bottle, going all the way back to the Civil War.  It all began on Avery Island, one of the five islands rising above the flat Louisiana Gulf coast.  Paul’s great-grandfather, Edmund McIlhenny, known as Grandpere, carefully nurtured a special variety of red capsicum peppers from Mexico which were on the island.  Grandpere experimented with making a pepper sauce by crushing the ripest, reddest peppers and added  half a coffee cup of Avery Island salt per gallon, and let the mixture age in crockery jars.  When thirty days had passed, he added “the best French wine vinegar” and let it sit another thirty days. 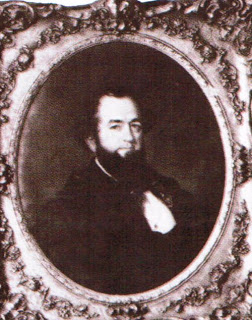 An 1857 portrait of “Grandpere” McIlhenny
The sauce came to be known in the South as “that famous sauce Mr. McIlhenny makes.”  It was an exciting addition to the monotonous diet of the Reconstruction South, and before long it was in such demand that he decided to market it commercially.  Tabasco scores 9,000 to 12,000 units on the Scoville scale, the standardized measure of hotness in food.   Many other brands only make it to 3,000 units.  Today Tabasco Sauce is still made much in the same way as back in Grandpere’s time.   Now it is aged in white oak barrels for up to three years. 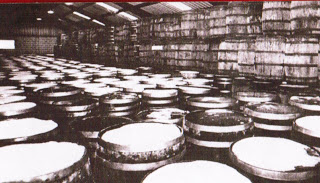 There are so many tempting recipes in the cookbook.  There are contemporary offerings such as a potato, artichoke, and leek soup, to regional favorites like Cajun seafood gumbo, shrimp creole, and dirty rice.  Tips are scattered throughout the book on how to enhance popcorn, cola drinks, and even desserts with Tabasco.  This is a great little cookbook.  Don’t just reach for the Tabasco bottle when you want something hot; it’s also the perfect touch when flavors need a little lift.

2 Responses to The Indispensable Tabasco Sauce