The Time I Almost Had Lunch With Paul Prudhomme 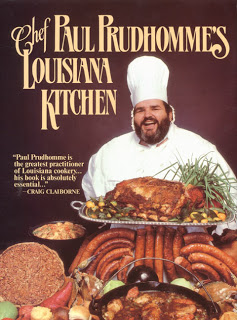 I’m sure many of you recognize this cookbook and author.  Paul Prudhomme put Cajun-Style cooking on the map.  At the peak of his popularity, he was THE chef everyone wanted to meet and interview.  Back in 1986, the Chicago Tribune decided to run a contest, where they asked readers to send in a recipe for gumbo.  The recipes would be tested, and only a few lucky winners would be able to meet Paul Prudhomme for lunch in Chicago, and just sit and chat with him.  I thought this sounded like a dream, so of course, I happily entered.  I am from the Midwest and do not consider myself an experienced Cajun cook, but I wanted to give it my best shot.  I studied all kinds of gumbo recipes – and there are many!  I decided on one that contained lots of greens, because I read that Chef Paul loved all kinds of greens.  I mailed in the recipe, not expecting anything to come of it, but still hoping.  I had read when winners would be notified, and the time had come and gone, so I knew I did not win.

But that’s not the end of the story.

The morning after I knew that the winners had enjoyed their time with Chef Paul, my phone rang.  On the other end was a rather frustrated voice asking me why I didn’t show up.  Show up for what?, I asked.  For the Paul Prudhomme lunch, he replied.  Before I could get a word in, he said it was very rude of me not to show up for such an important chef and how most people would have jumped at the chance to meet him.  I assured him that I was not notified of this great prize.  He asked me to hold.  Several minutes later, he returned to the phone, and sheepishly said – “Mrs. Vanni, we are so very sorry.  It seems that one person thought I called you, and I thought she called you, so it turned out no one called you.”

Well…. I have long forgiven the mix-up, but still think about the lunch that might have been.  A few days later I received the following letter in the mail: 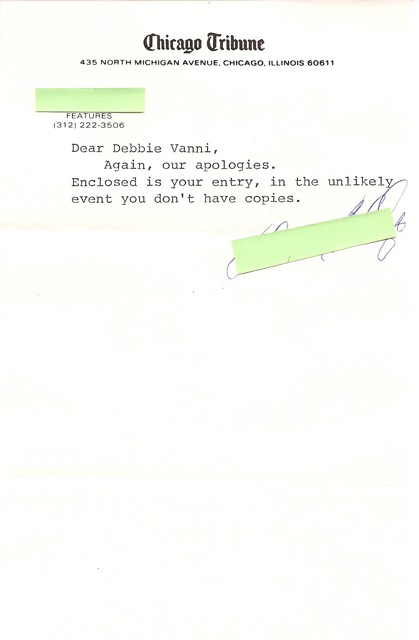 Letters To The Editor
Cakes, and, Cookies, and Bars – Oh, My!