Last month, I wrote about my oldest brother, Paul, who lives in the Kingdom of Tonga, in the South Pacific.  He writes the most fascinating letters about his life on his tiny island of Ha’apai with his lovely wife, Va’inga, and three darling girls, Sia, Pesi, and Wacato.  He needs to write a book about an American living in Tonga because the stories are endless.  Paul just sent me the following story that I had to share with you.  It seems one of Va’inga’s aunties was very sick, and she just stopped eating for a week or so; not even a bite.  The Tongan doctor told the family it was hopeless.  The family dug the grave and prepared for a funeral.  Then Va’inga decided to bake a bunch of chocolate cakes for Mother’s Day distribution, and one of them went to her sick auntie.  The auntie was offered a piece of Va’inga’s cake, she opened her eyes, and then proceeded to eat half the cake!  She has now made a “miraculous” recovery.  And this miracle cake?? It was on the back of a Hershey’s chocolate can!

Va’inga also threw Paul a big birthday bash in May.  Here are some of the photos of the party.  How do you like Paul’s “yard”?! 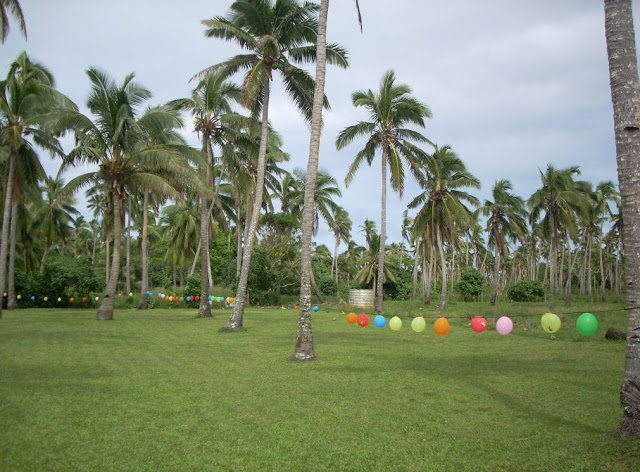 Here is the birthday gazebo: 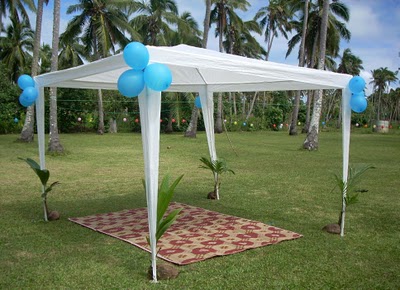 Ingredients:  fish, salt, lemon, onions, tomatoes, green pepper, coconut cream, hot peppers.
Instructions:  Fillet the fish and cut into small pieces, like half-inch cubes.  Add a little salt, then refrigerate about a half hour.  Stir in some lemon juice, then put back in the refrigerator for another half hour.  Add some chopped onions, chopped tomatoes, and chopped green pepper, coconut cream, and hot peppers.  Serve on bread or crackers.  It is also served with ufi (yam).  Paul says this is “ifo vovo!”  Tongan for delicious! 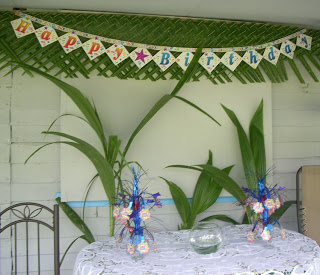 2 Responses to The Tongan Miracle Cake