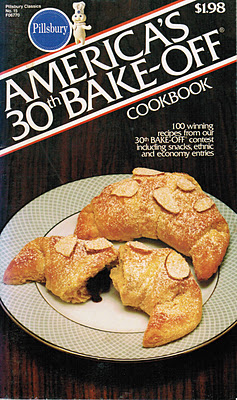 Grand prize winner Elizabeth Meijer of Danbury, Connecticut accepted her instant fame and fortune calmly but declared that the 30th Bake-Off contest would be her first and her last, so her life could get back to normal.  It all started when Elizabeth opened a package of Pillsbury flour and found the entry form for the contest.  She thought of her favorite cookie, a Dutch cookie she made at Christmas to give away to friends.  The recipe was originally in a Dutch cookbook printed in 1910 with the ingredients written in grams, and no instructions for the size of pan, temperature of oven, or length of baking time.  Elizabeth experimented with the recipe until she was satisfied that she got it right.  For many  years, she used to bake three at a time in 8-inch springform pans and would make about 36 of them to give away as Christmas gifts.  As Elizabeth said, a recipe “could not have been more tried and true,” and seemed like a good candidate for the Bake-Off, but then she decided it should be larger, so the experiments began again.  And that’s the one she sent on her entry form.  Elizabeth’s sophisticated and delicate recipe was a reflection of her late husband’s Dutch heritage.  Elizabeth and her husband lived in Holland while he was serving in the Royal Netherlands Army.  He was knighted by the Queen of Holland, and was also presented the Legion of Merit medal by Harry Truman. 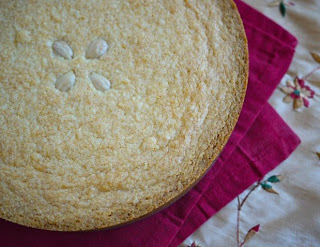 Elizabeth described her time in San Antonio at this 1982 Bake-Off as “delightful from beginning to end.  I enjoyed every minute of it.  There was a cozy, homey atmosphere, and no sense of competition among the women.”  She felt comfortable while baking, since she had made it so often.  Elizabeth calmly made the first two, but decided to make a third one, and thought it was the best one, so off it went to the judge’s room.
Many people believed someone from California would win, since the odds were with them.  Out of the 100 finalists, 21 of them were from California!  Even with those odds, there was no stopping Elizabeth’s cherished Dutch recipe.  It couldn’t be beat, and if you make it, you will see why.  It is visually beautiful with a very European-bake-shop-look, and tastes amazing.  This is personally one of my favorite Bake-Off recipes. 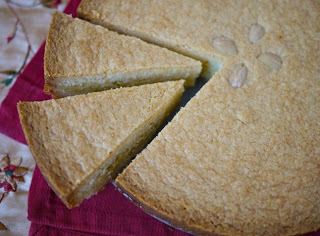 Some interesting facts came out of this contest.  Foods with a Mexican flair dominated the competition, which is even more odds Elizabeth had to overcome.  For the first time in a Bake-Off contest, ground beef usage fell behind chicken and ham.  Middle Eastern and Eastern European recipes, which first appeared at the last contest, continued to be popular.  Heavily frosted layer cakes continued to be upstaged by multi-purpose crumb-topped cakes, baked in a variety of pan shapes.  When frosting was used, cream cheese overshadowed all other kinds.  Two less common flavorings that appeared often were anise and cardamom.  Almond was also an important flavor, whether from nuts or extracts, and maple was also a popular choice.  The trendy vegetable was cabbage, but spinach still kept a solid position.
Here are the other winner’s from the contest:
$15,000 “Sugar-Crusted Biscuit Puffs” from Karen Lee of LaVerne, California.
$15,000 “Praline Crescent Dessert” from Marjorie Hooper of Lakeland, Florida
The twelve $2,000 winners:
“Golden Crescent Cheese Braid” from Janet Hill of Rodeo, California
“Hearty Oats ‘n Wheat Loaves”  from Mrs. Phillip Wagner of Yale, Illinois
“Quick Cheese Coffee Cake” from Johanna Yoakum of Lake Isabelle, California
“Cream Cheese Muffin Puffs” from Edna Eastman of LaGrange, Illinois
“Flaky Crescent Chicken Wellington” from Vesta Frizzell of Independence, Missouri
“Mocha Swirl Cheesecake” from Susan Pajeic of Jacksonville, Florida
“Fudge Marble Whirls” from Leona Molar of Mount Orab, Ohio
“Sachertorte Cookies” from Phyllis Wolf of Salem, Oregon
“Coconut Lemon Crescent Bars” from Marilyn Blankschien of Clintonville, Wisconsin
“Texas-Sized Almond Crunch Cookies” from Barbara Hodgson of Elkhart, Indiana
“Greek Spiced Cake” from Jay Friedman of Montclair, New Jersey
“Bohemian Raisin Biscuit Kolachy” from Margaret Kramer of Forestville, Wisconsin
It’s fun to note that Susan Porubcan was a contestant with her “German Almond Coffee Cake,” and you will read about her winning the 31st Bake-Off in my blog for next week!
To read more about the Pillsbury Bake-Off contest go to http://www.bakeoff.com/
To find the recipe for “Almond-Filled Cookie Cake” go to http://su.pr/2RTrAN
Photos of the “Almond-Filled Cookie Cake”  are by my daughter, Kristina Vanni. Visit her blog at: http://www.betterrecipes.com/blogs/daily-dish
To read my previous Bake-Off contest blogs:

It’s Time to Bake Cookies!
Family Gatherings for the Holidays