What I Have in Common with Joan Rivers

Following the recent death of comedian Joan Rivers, many words were written to describe her –  pioneering, ambitious, resilient, entertaining, caustic, offensive, and driven.  She may have been all of these things at different times in her life, but one thing about her did not change for over thirty years, and it was something that caught my attention because we have it in common.

Joan Rivers and I both use an old-fashioned card catalog! 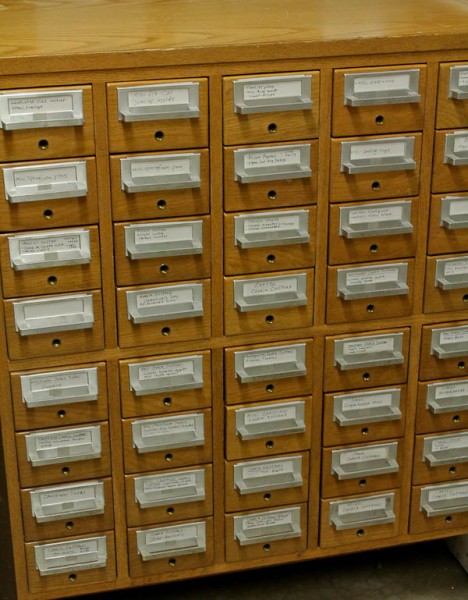 I would never have guessed the first person I found who puts 3-by-5 index cards in a real library card catalog would be Joan Rivers.  Of course, hers are files of jokes and mine are files of recipes. 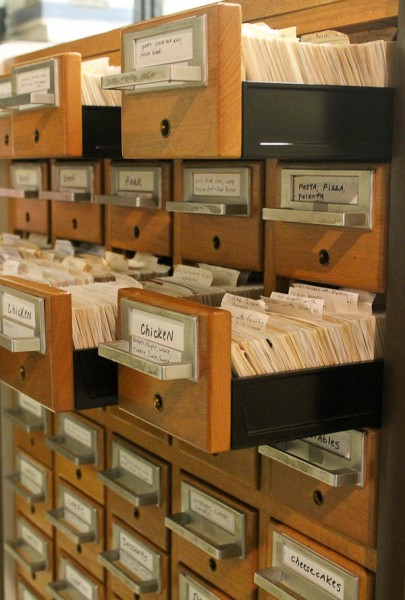 I separate my recipes by subject, such as chicken, seafood, cakes, pies, etc., and hers were separated by joke subjects such as pets, celebrities, New York, her sex life, and yes, cooking.  In this short video, you can actually see Joan pull out her cooking jokes!

Here’s one in her file:  “Oh, I don’t cook.  Flies come to my kitchen, they have to brown-bag it.  The last time my husband had a hot meal, the house was on fire.”

The difference in our files is that Joan had hers built into the wall.  Pretty cool.  Mine is still free-standing and weighs a ton.  I suppose that kind would not have fit the decor of her Upper East Side apartment, but no matter.  She obviously loved and used that card catalog to have it for over thirty years.  She would also put jokes in folders and binders.  I do the same with recipes that don’t fit on index cards.  Those are in filing cabinets in the Culinary Cellar.

So I wonder what will happen now to all those drawers and drawers of jokes.  Will they be sold? Given to a library? All I know is, all of those little 3-by-5-inch index cards are little pieces of ourselves.  I lovingly wrote or pasted recipes on each and every one of those cards over many years, just as Joan Rivers wrote down everything she found funny and thought her audience would enjoy.  I would guess that when Melissa Rivers looks through those files, she will find pieces of her mom in each of them.  I hope my girls feel the same way about all my recipes.