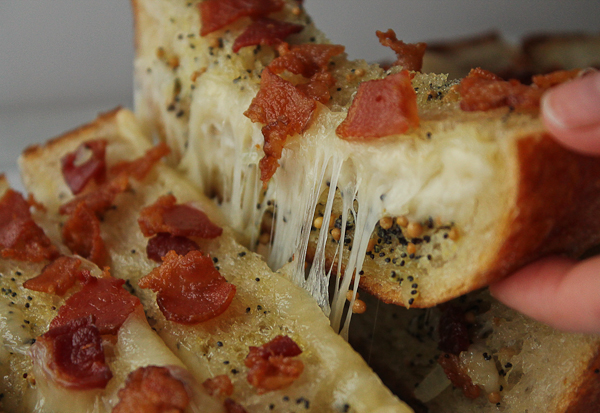 Oh, yes.  You will want a bite of this.  A buttery onion mixture with poppy seeds, mustard seeds, and mustard is spread between slices of French bread along with Swiss cheese and baked.  The bread becomes crusty and irresistible, is sliced and pulled apart in long cheesy sticks of deliciousness.

It’s so easy to make!  First slice a loaf of French bread in half lengthwise, then make crosswise slices in each, cutting almost through to the bottom.  Spoon in the buttery onion poppy seed/mustard seed mixture between slices: 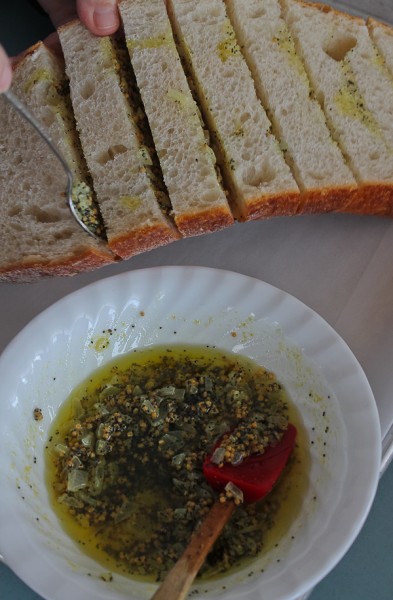 Insert slices of Swiss cheese between cuts of bread: 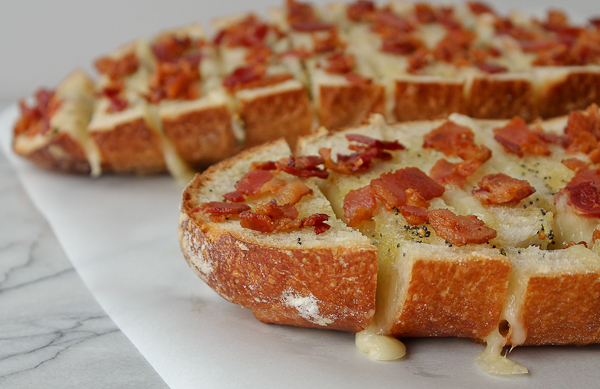 I have yet to meet anyone who does not swoon over this bread.  It can be a light meal served with a salad, a brunch offering, or an appetizer.  Any way you serve it, be prepared for it to be devoured.