Cookbook on the Red Carpet 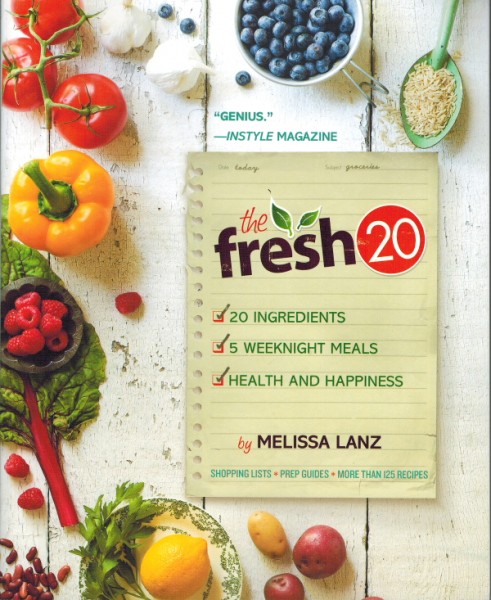 Melissa Lanz, author of The Fresh 20,  wasn’t raised on fresh foods;  it was more Swanson TV dinners and anything in a box or bottle.  It took years for her to overcome her family food culture of processed foods.  The Fresh 20 is the result of Melissa’s journey to healthy eating, and now she wants her efforts to inspire families to develop their own healthy food culture.  The recipes in the book are simple, healthy, and easy-to-prepare without the use of processed foods.  No more boxed meals or canned soup casseroles. 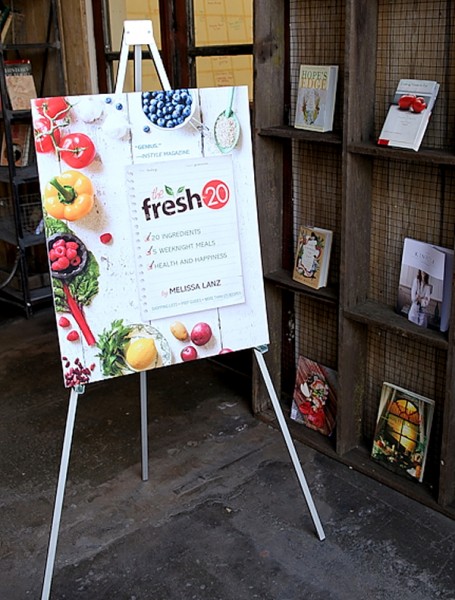 Melissa’s journey of learning how to cook began with The Good Housekeeping Illustrated Cookbook.   Midwest-born Melissa became the family cook.  Her mother worked for Litton, the leader in the microwave oven industry and cooked out of necessity.  Her father, on the other hand, came from a family of good cooks and Melissa became fascinated with the food enthusiasts on his side of the family.  When the family moved to Southern California, a whole new world of foods were discovered by Melissa such as cilantro and other fresh herbs, ginger root, and a variety of greens.  By this time, the country began talking more about food and Melissa’s mom joined her in the search for good cooking with healthy ingredients.  They became food buddies and formed a bond that took them on a journey to find the best sushi, the best Thai food, and the finest of French cooking, leaving behind the boxed meals and even the microwave cooking that they knew so well.  However, at some point the unhealthy food found its way back into Melissa’s life and she developed a secret junk food habit.  When she left for a study abroad program in France, Melissa was wearing plus sizes.  A year later, she returned as a thinner version of herself after living in the French culture where quality of the food trumped the quantity.  But once again the junk food eventually crept back into her life, and for years her weight fluctuated, that is, until two events changed her cooking and eating habits forever.  She married and had children, and sadly, her beloved mother was diagnosed with a terminal illness and received her nourishment through feeding tubes.  Melissa grew to realize that food was an important part of life and she was saddened to see that her mother could no longer manage the joy of good food.  She also wanted only the best food for her children.  Melissa understood that life is composed of only so many meals, and she wanted them all to be good for body and soul.  Melissa left a sixty-hour-per-week corporate job to launch her idea of an online meal-planning service for busy working families who could still manage healthy meals all throughout the week.  Her plan is to use only 20 seasonal ingredients to reach this goal.  The book is filled with wonderful recipes by season and will teach you how to implement them into your family meals while eating well, controlling portions, saving time and money, reducing waste, and most importantly, increasing your quality family time.

Here is the beautiful Melissa at her red carpet cookbook launch this week in Los Angeles.  She is the picture of health and happiness. The cookbook is dedicated to her mother, where Melissa wrote:

“For my mother, Eileen.  You are missed at the table.”

Melissa, she would have been so proud.