Cooking (and other ideas) with Pumpkins 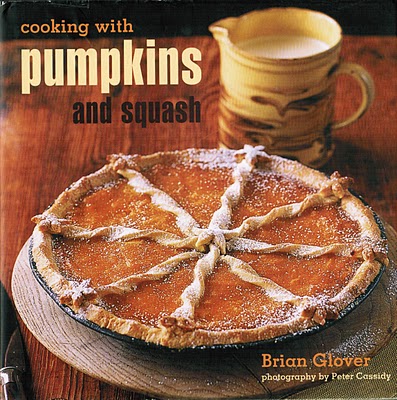 It’s that time of year!  The minute October starts, my mind turns to everything fall-related, including pumpkins.  Of course that’s not hard to do since I happen to live in the state that produces 80% of the world’s canned pumpkin.  I already have a big pumpkin decorating the front porch, and made fresh pumpkin puree over the weekend and stored it in the freezer.  There is so much that can be done with pumpkin puree and I use it all winter long.
Pumpkins are not only good to eat, but the bright orange color of pumpkin is a dead giveaway that pumpkin is loaded with an important antioxidant, beta-carotene. Beta-carotene is one of the plant carotenoids converted to vitamin A in the body.  In the conversion to vitamin A, beta carotene performs many important functions in overall health.  Current research indicates that a diet rich in foods containing beta-carotene may reduce the risk of developing certain types of cancer and offers protect against heart disease. Beta-carotene offers protection against other diseases as well as some degenerative aspects of aging.
Isn’t it wonderful that something so good for us has a million ways to prepare it?  Even this little cookbook is packed with ideas:  a spicy pumpkin and coconut soup with ginger and lime; pumpkin risotto with pancetta and sage; pumpkin gnocchi with buttery sage breadcrumbs; and pumpkin and ginger jam.  The book also has recipes for other squash, both summer and winter varieties.
If you don’t care for pumpkin to cook with, there are still many things that can be made from pumpkins:

-Make a “Mumkin!” First cut out a lid on a fresh pumpkin (keep the stem) and remove seeds and pulp. Using a drill or large nail, make holes just wide enough to fit in flower stems. Select mums in oranges, reds, and golds. Cut the stems about a half inch from the flower head, long enough to poke into the holes. Space the holes so the entire pumpkin is covered in the flowers! If you keep the inside of the pumpkin moist, the flowers will last several days.

-Remember a pumpkin is like a vase. A plump fresh pumpkin can be scooped out and made into a “basket” and filled to overflowing with wildflowers or your flowers of choice. Use as a centerpiece surrounded by pretty candles and a variety of gourds.

-Small pumpkin varieties can be scooped out and use to hold hot soup or vegetable dips.

Pumpkins are very American and were used by our Native Americans and early settlers.  They were an important crop for the Pilgrims, as revealed in this poem from 1683.  Colonists used to recite this rhyme because they realized the importance of pumpkin in their diet:

“We had pumpkins in the morning, and pumpkins at noon;
If it were not for pumpkins, we’d be undone soon.”

And Henry David Thoreau had even another use for a pumpkin:

“I would rather sit on a pumpkin and have the seat all to myself than be crowded on a velvet cushion.”

I think I would rather use that pumpkin to make the risotto from the cookbook than sit on it, but to each his own!

A Blast From the Past Giveaway for This Week!
The Ancient Elixir