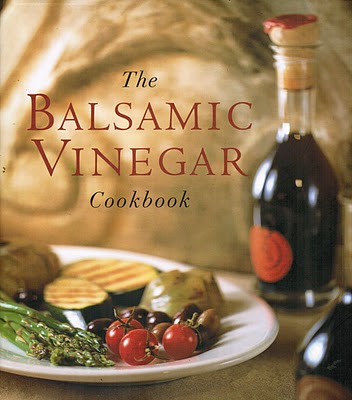 It wasn’t so terribly long ago that true balsamic vinegar, or aceto balsamico tradizionale as it is called in Italian, was an artisanal product relatively unknown outside of Italy, even though it has been made in the small towns of Modena and Reggio for nearly a thousand years.  It was never sold for commercial use, but instead was passed on as an heirloom from the wealthy families who produced it.  New barrels of the vinegar were started at the birth of a child and given away at weddings.  An old saying in Modena says “Who will first start the vinegar will not taste it, but his children and grandchildren will.” Families would cherish their reserve and stash it away in attics as it slowly matured to liquid gold, and each family carefully guarded their secret recipe.
Authentic balsamic vinegar has a very rich culinary history.  It derives its name from the word balm, which refers to an aromatic odor, as well as a substance that soothes and relieves pain.  The practice of making this sweet condiment from boiled-down grapes dates back to ancient times.  In the late Middle Ages and Renaissance, it was believed to have been a remedy for the plague.  It wasn’t until the 18th century that the term balsamico came to refer to the region’s local specialty.
The production of the vinegar resembles that of wine making.  It begins with local grapes, picked at the peak of ripeness, crushed, and then pressed into a juice called mosto.  After a long process of being cooked down, and simmered for 24 to 30 hours until it becomes an intensely sweet concentrate, reduced in volume by one-half or more.  This unfermented juice called mosto cotto is cooled, allowed to settle, then transferred to a set of progressively smaller wooden barrels, as seen below.  The liquid is then stored in vinegar attics, called acetaie, usually on the top floor of a house, to ferment, evaporate, and age a minimum of twelve years and often for decades, and with many more steps to follow,  until it becomes the aromatic, sweet, and syrupy condiment that we all know and love.

Of course, all of this comes at a price, as only a fraction of the original volume remains by the time the vinegar is ready for bottling.  To make 30 gallons of balsamic vinegar, it takes 800 gallons of grapes.  This explains why a 3-ounce bottle of aceto balsamico tradizionale will cost in the hundreds of dollars.
This is one of the most interesting books I have read on the production and cultural history of balsamic vinegar. This is only touching on what else you will learn, not to mention the beautiful photos and incredible recipes which will change your culinary life forever; everything from appetizers to desserts, from classic to modern cuisines.  So what if it’s expensive.  We only live once.

2 Responses to The Ancient Elixir