From a Lowly Cupcake, Emerges a New Kitchen.. and in the Nick of Time!

Two weekends ago, my husband, Bill, entered a “summer treat” baking contest – but first we need to start at the beginning.  A couple months ago, Bill and our daughter Kristina were buying a new video camera at the incredible ABT appliance store in suburban Chicago when a sign caught his eye.  A contest sponsored by ABT and Electrolux was sponsoring a baking contest where hopeful contestants had to send in a baked dessert recipe appropriate for summer.  Bill said his first thought was, what is more summer than baseball?  Since he loves cupcakes, and he also loves the Chicago Cubs, his cupcakes would soon be known as “Cubcakes,” complete with peanuts and Cracker Jack!  The base of the Cubcakes are peanut butter-flavored, the cream cheese frosting includes caramel apple dip, and it’s topped with more caramel drizzle and pieces of Cracker Jack.  He entered the contest, not expecting anything to happen, but was pleasantly surprised when ABT called and said he was selected as one of the five finalists.  Bill was so excited, he went out and bought a new Cubs shirt, along with Cub-decorated plates and napkins for display. 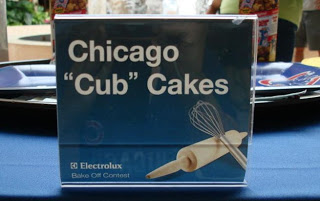 Bill, our youngest daughter Kara, and I arrived at the contest to find ABT had decorated a middle section of the store for the contest, along with a fabulous Electrolux French door refrigerator and gorgeous stove.  As the other contestants arrived, we drooled over their entries.  They included a tall, beautiful peppermint chocolate layer cake; a cookie with nutella and pistachios sandwiched between ice cream; buttery, lemony cookie squares topped with Grand Marnier-infused mascarpone cheese topped with strawberries; and cheesecake “lollipops” coated in graham cracker crumbs and caramel, then dipped in chocolate and nuts.  How’s that for competition!?  Our hearts sunk a little and we thought the Cubcakes were doomed to lose, just like the Cubs. (Sorry Cubs – but we still love you!). 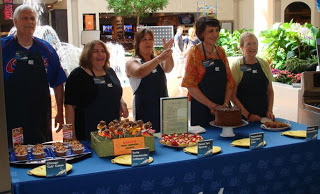 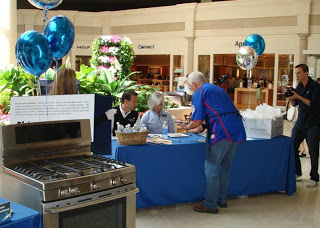 There was excitement in the air as each contestant was introduced and proceeded to deliver their entries to the judges.  Bill went first.  He looked so proud as he placed a cupcake in front of each judge.  After all the contestants were done, the judges retreated to a conference room.  As we were anxiously awaiting the final decision, a young woman dressed in a giant ABT sign walked around with the contestants who were probably dreaming about new appliances in their minds.  Finally the judges emerged and the announcement was ready to begin.  The contestants lined up, all with hopeful faces.  The ABT emcee said that the winner was selected on the basis of taste and creativity.  In the written rules of the contest, it stated that if there were to be a tie, the points for creativity would count first.  Hmmm..  Cubcakes were creative, but so were those lollipops..  Truth is, they all looked and sounded great, so it was anyone’s game.   When Bill’s name was announced as the winner of the new Electrolux kitchen appliances, Kara and I were speechless!  It took a few seconds for me to realize that our kitchen would be getting a much-needed new look.  We now are able to select $8,000 worth of new Electrolux appliances.  (Actually, it is $7,999. It must be a tax thing being $1 less).  Thank you so much, ABT and Electrolux!!!  We have been ABT customers for over 30 years and have never bought an appliance anywhere else.  Our loyalty continues.

But that’s not the end of the story.  A few days after the contest, we awoke to a puddle of water on the kitchen floor next to our refrigerator, and when we opened the door, everything was warm.  The refrigerator died sometime during the night.  How is that for great timing!?  We couldn’t believe Bill’s good luck with the win.  It will probably take a couple weeks or so before the new appliances come, which will include, of course, that gorgeous French door refrigerator.  Thank goodness, we have a Gladiator refrigerator/freezer in the garage, bought at ABT, of course, so at least we have something until the new one is delivered.  So I keep mopping up the water when needed – but Bill is no where in sight to help out.  Where is he?  At a Cub’s game, of course.. 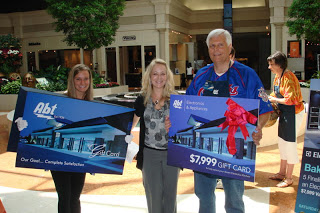 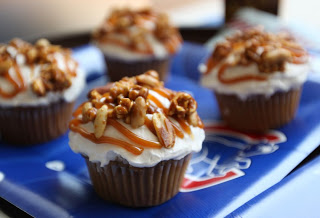 Don’t they look yummy??!
For more photos and story, click on here for the ABT newsletter!

4 Responses to From a Lowly Cupcake, Emerges a New Kitchen.. and in the Nick of Time!