September 16, 2015 in Kitchenware and Gadgets, Recipes

I bought a great cookbook earlier this summer but haven’t written about it yet.  I’m still not going to write about it because there is so much to say and more recipes to make, but I will let you know about one recipe I tried.  I had some very overripe bananas and wanted to find a new bread or cake recipe to make.  The book was sitting on my kitchen table at the time so I looked in the index and there was a banana cake.  Done.

The cookbook is Dinner with Jackson Pollock by Robin Lea and one of my new favorites.  I’m not going to say anymore because it’s going to be a future blog.  Let’s just say you should go out and buy it.

The recipe is called “Banana Cream Cake” and it’s baked in a 9-by-5-inch loaf pan.  I am always looking for ways to use my vintage cookware, so I found these great old pans in my Culinary Cellar and decided to go for it. 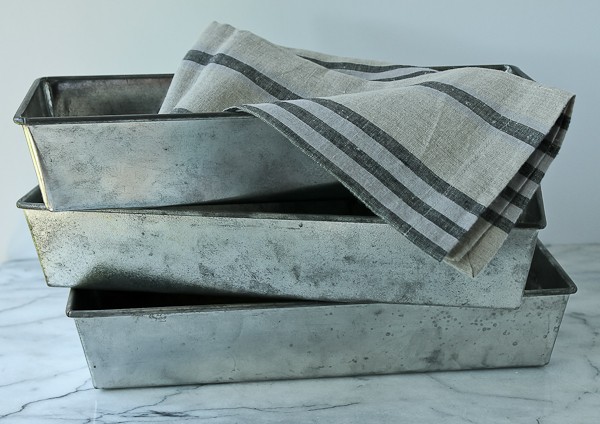 The pans are 13-by-4-1/2 inches, so I had to adjust the baking time, but they make such pretty long loaves!

I don’t know why I don’t use these pans more often, but certainly will play around with them now.  I wonder if this size is even made anymore?

In the cookbook, the cake is shown frosted as below, just sort of artistically hanging over the side instead of frosting all over.  It’s Jackson Pollock after all, right?  It looks like snow hanging off a roof.  I love it. 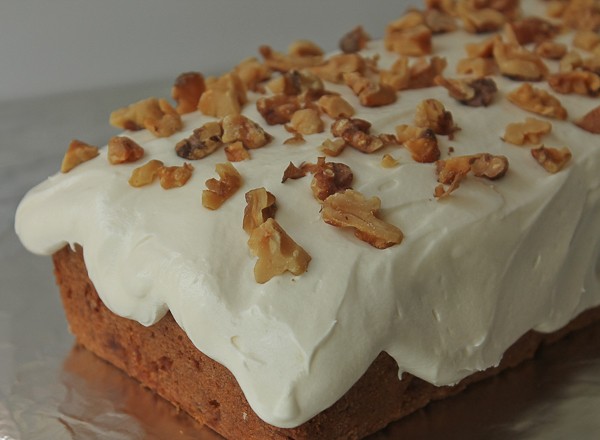 The recipe makes a ton of frosting so you could ice the sides of course, or save some of the frosting for something else, but if you love cream cheese frosting, this one’s for you.

More on Jackson Pollock and his many other great recipes and stories at a later date.  In the meantime, enjoy his banana cake.