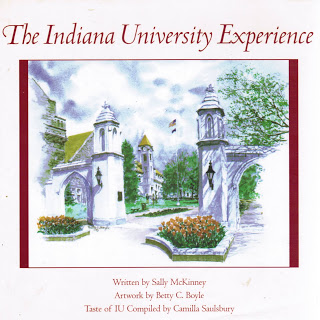 With so many students heading to college this month, I wanted to write about Indiana University in Bloomington and one of its famous recipes. The gorgeous, huge university is in a small town setting, surrounded by gentle rolling hills, lakes, and flora.  It’s a wonder students can study at all, but it can be done, because my daughter, Kara, graduated with three majors and one minor.  The university began as Indiana State Seminary in 1820, just four years after Indiana gained statehood, and became Indiana University in 1838.  Bloomington became the hometown of singer John Mellencamp, and his neighbor, my favorite cookbook author Bernard Clayton, Jr.  World-renowned violinist Joshua Bell is an IU graduate.  The Dali Lama visited occasionally to see his brother, a retired IU professor.  Quite a diverse group!  In 1951, Howard “Howdy” Wilcox, executive director of the IU Student Foundation, patterned a student bicycle race after the Indy 500, which his father won in 1919.  Called the “Little 500,” the bicycle race generates more hoopla than almost any other campus activity.  The race even evolved into an Oscar-winning movie from 1979, Breaking Away.

This is only a fraction of what you will learn about this great Big Ten university.  But ask students what they remember eating, and many will say, the “Special K cookies.”  Kara and her friends, and especially her roommate Katie, lived on these cookies.  I can remember calling Kara and many times she would say – “I’m on my way to the Union to buy some Special K cookies for Katie and me to have while studying.”  Kara and Katie used to joke that the “K” in Special K stood for Kara and Katie because they ate so many.  On one of my visits to Kara, I saw this book and started thumbing through it.  It wasn’t just a history of the school, but it had recipes, one of them being the Special K cookies!  However, it is not THE recipe.  The real recipe is kept under lock and key.  I couldn’t wait to make these for Kara when she came home one weekend, and she declared them almost as good as the ones at school.  They are not even baked cookies, but more like rice krispie treats, using Special K cereal instead, along with corn syrup, sugar, and creamy peanut butter.  They may not sound like much, but I bet it would be safe to say after eating a few of these, students would have the energy to win a Little 500 race!

Kara and Katie are still best friends.  Here are a couple photos of them on one of Katie’s visits to New York City.  And they still love Special K cookies. 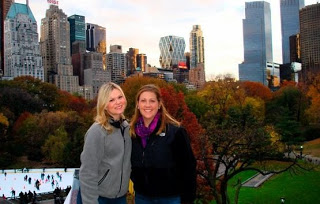 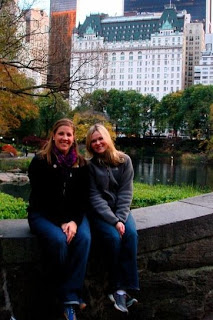 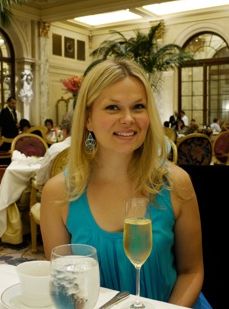 Kara at The Plaza – one of her favorite places.  My guess is they don’t serve the Special K cookies with her wine.