Hey all you Hallmarkies out there!  Are you ready for the first “Fall Harvest 2018” movie, Truly, Madly, Sweetly?”  I know I am.  Hello, my name is Debbie and I am a Hallmark Channel movie junkie..

Isn’t life a little crazy right now?  Wouldn’t you enjoy a relaxing escape for a couple hours every Saturday night?  Who wouldn’t, right?  A cutesy, silly, fun, harmless, family Hallmark movie is the way to go.  The extreme popularity of Hallmark movies has been written about endlessly, so there must be something to it. Viewers of all ages love Hallmark movies.  And I have a true story about that.

The following scenario took place recently on a New York City subway.  My daughter Kristina was on the subway sitting across from a big, burly guy wearing a baseball cap, shorts, and tee-shirt, and looking like a nose tackle for the Giants or Jets.  Talking completely serious to his buddy next to him with his thick Brooklyn accent, he starts explaining something to him.  “Hey, here’s the deal,” he says.  “Man, all you need is a Saturday night, a bucket of popcorn, and a Hallmark movie.  You eat your popcorn and nobody dies!”  It took everything Kristina had not to burst out laughing!

So let’s get down to business.  Since I never miss a Hallmark movie, it’s easy to notice how much food is in all of them.  They must have a great food stylist because it always looks good.  I thought I would try to figure out by either the title or the trailer what food might be included in each  movie and have a recipe and photo to share.  The first movie, Truly, Madly, Sweetly was easy because the character has a cupcake truck.  Cupcakes it is, and since it’s Fall, I offer you “Spice Cupcakes with Cinnamon Frosting.” 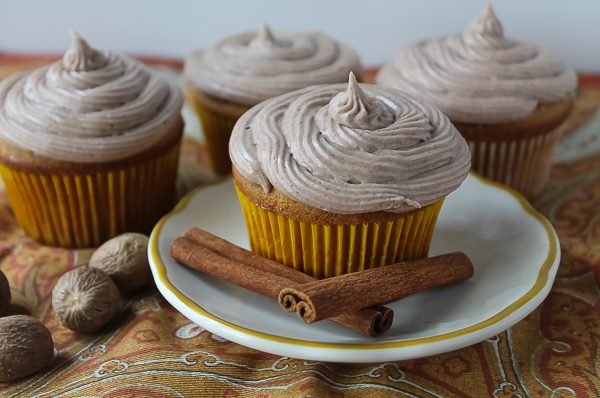 The buttermilk and brown sugar cupcakes have aromatic spices of cinnamon, nutmeg, allspice, and cloves.  The buttery frosting has more cinnamon and a little vanilla.  Perfect for snacking while watching the movie, which is about a woman who has the cupcake truck and something about a bakery she inherits.  We’ll have to watch and find out the details! 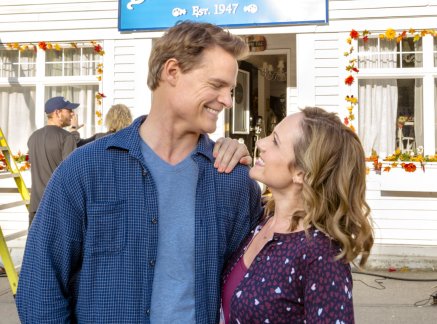 Tune in Saturday night, September 22nd for the premiere of Truly, Madly, Sweetly at 8:00 CST/9:00 EST starring Dylan Neal and Nikki DeLoach.  Check back on my blog every Friday for the latest Fall Harvest movie and a new recipe.  After Fall Harvest will be “Countdown to Christmas” movies starting late October! 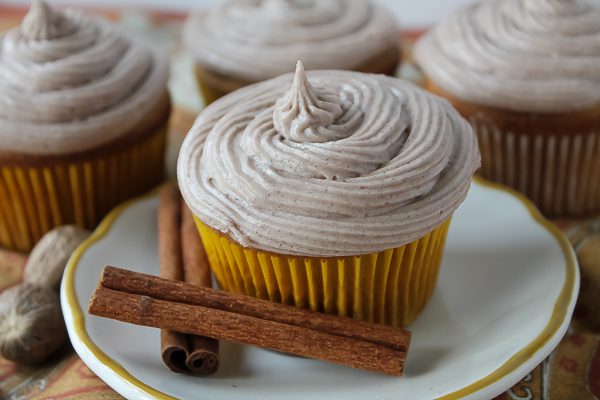 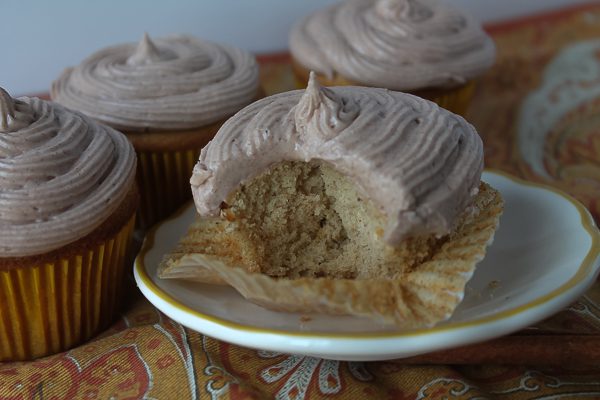 Cousin Carol’s Cookbooks
Hallmark Movie Recipe: All of My Heart: The Wedding