When our daughter Kristina came home for Christmas and said she wanted to prepare a fresh ham, I was delighted.  I also knew there would be tons of leftovers.  Since a fresh ham does not taste like a ham as most people think of it (it tastes like a great pork roast), my first thought was a Cubano sandwich, which uses thick slices of pork.  It also has a layer of ham, so I used deli smoked ham which worked perfectly. 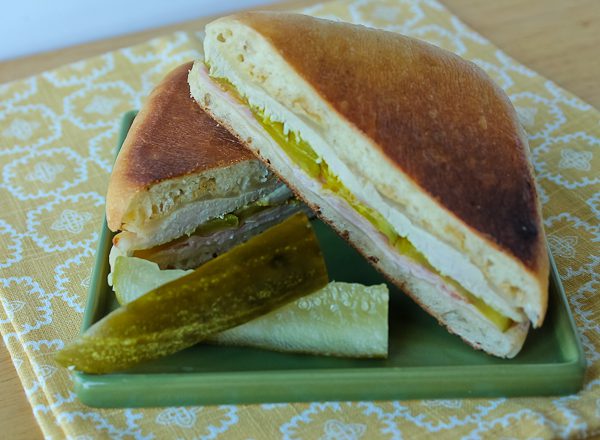 A Cubano sandwich has basically the same ingredients, pork slices, ham slices, dill pickles, cheese (I used Swiss), mustard, sometimes mustard and mayo both, and served on a roll like a bolillo, but I used ciabatta rolls which were the perfect size.  I have seen some Cubano sandwiches grilled and some not, but I preferred to grill it in my cast iron skillet pressed down with another skillet until it got crispy and so delicious. 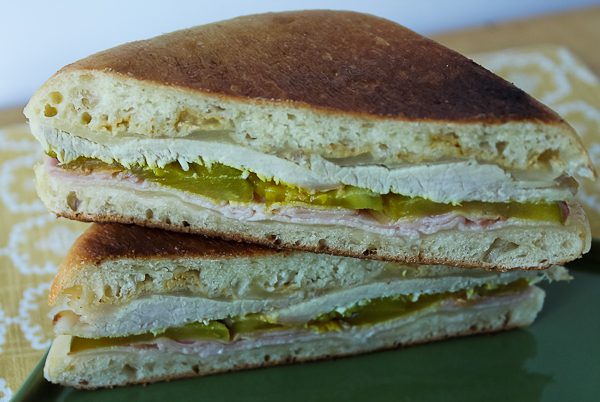 After the roll is split, one side is spread with Dijon mustard, the other with mayonnaise.  On the bottom half, a slice of cheese is the first layer, then some deli ham, pickle slices, pork slices, another slice of cheese, and topped with the top of the roll.  The sandwich is buttered on the outside and grilled.  This can be done in a sandwich grill pan or a cast iron pan with another cast iron pan on top to flatten it.  The sandwich is warm, satisfying, and irresistibly crunchy. 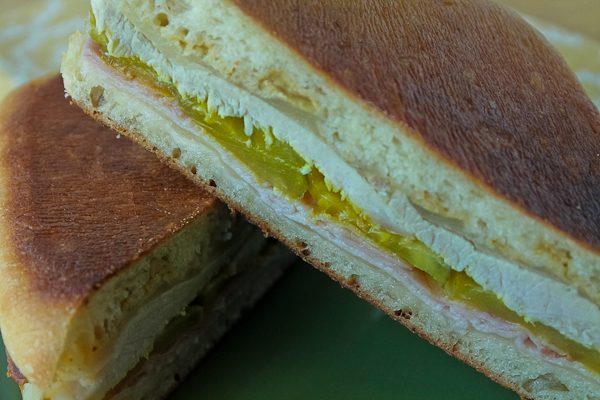