On the Sunday before Thanksgiving, our church has a bake sale, raising money to send a medical team to Panama in February.  My daughter Kara went on this mission twice as the Spanish translator for the doctors and nurses.  It’s a wonderful mission and I love contributing to this good cause. 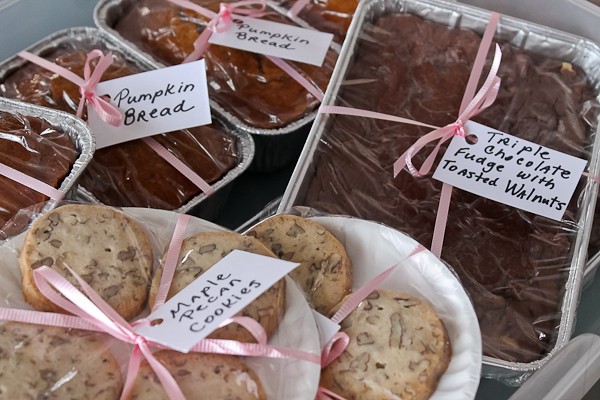 I snapped this quick photo as Bill was carrying a tray out to the car to deliver to the church.  My favorite item here is the Triple Chocolate Fudge with Toasted Walnuts.  I have been making it every Christmas since I clipped it from the December 1977 issue  of Bon Appetit magazine.  It’s the best fudge I have ever made. 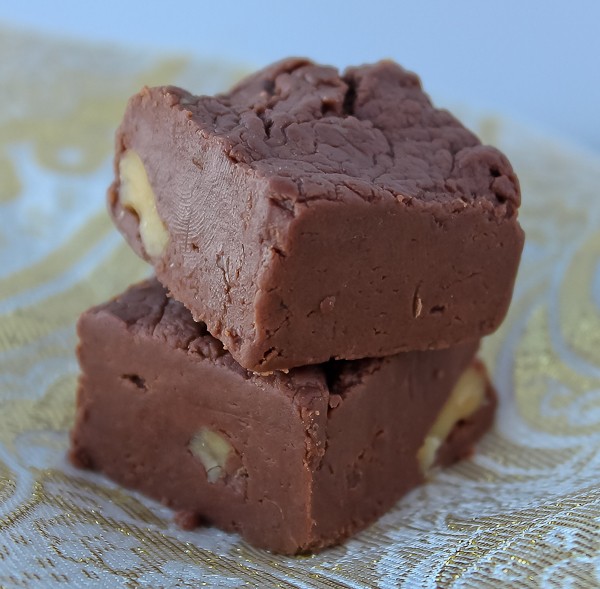 After making 6 pounds of fudge for the bake sale, putting about 1 pound each into tins, these two little pieces were literally all I had left to work with for a photo.  They are not the prettiest little pieces, but they still tasted heavenly.  I tried to think of a way to make them look better, then I remembered something our cousin Eija sent along with Bill when he came back from Finland last week. 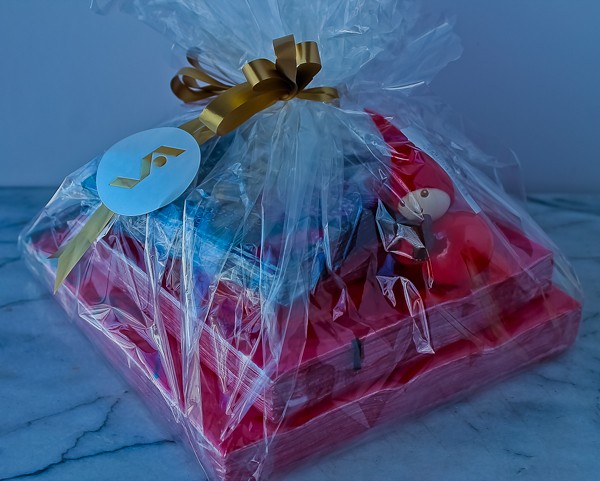 Eija sent this package filled with Finnish Marimekko napkins and the adorable little aarikka figure from the store of the same name.  I went in that store this summer and those little figures are everywhere holding different little objects.  This one is holding a cookie and looks perfect next to the fudge. 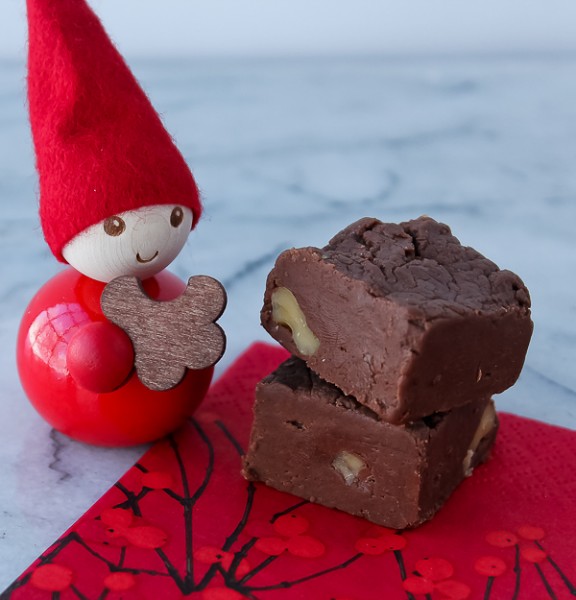 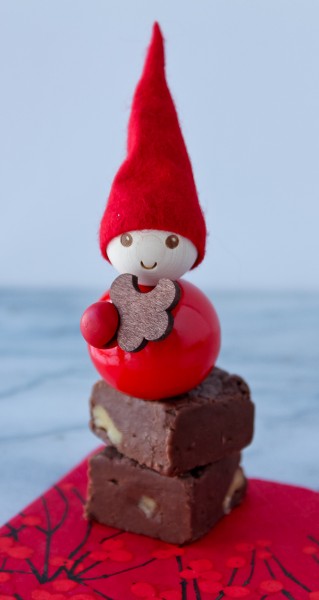 Is she adorable or what?!

I think any food would look good next to her.  Here is the recipe for you, and the method may sound a little strange not using a thermometer, but trust me, it works every time – if you follow it exactly!  You’ll see what I mean as you read the recipe instructions.  Since 1977, I have never had a batch that didn’t turn out perfect.

Now the question is, who gets the two little pieces of fudge?   I think Bill will laugh at that question!

Around my French Table Giveaway
“How about some Christmas Fettuccine?”