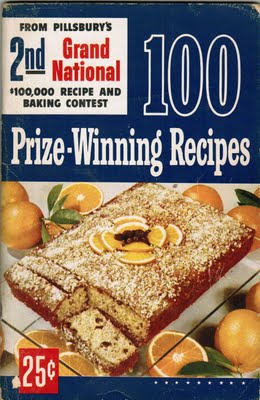 The Grand Prize-Winning Recipe from the 2nd Pillsbury Bake-Off in 1950 was “Orange Kiss-Me Cake.”  If you google the name of the cake, pages upon pages will appear, which doesn’t necessarily happen with other Bake-Off recipes.  This cake is considered a classic and from what I read on google hits, people still love this cake today.  I don’t know if it’s because the title is intriguing, or if because it is made with an entire fresh orange – pulp, skin, and juice so it seems healthy and less wasteful, or maybe because it’s just so darn good and has passed the test of time!  No matter the reason, Mrs. Peter Wuebel (Lily) of Redwood City, California came up with a classic winning recipe and won $25, 000 for her idea.  Pillsbury called making the cake a “quick-mix method.” 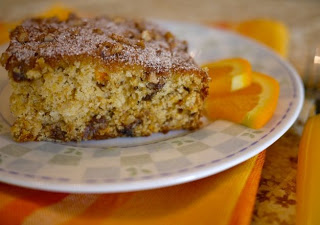 When I followed the links to numerous sites about the cake, I found that many people reprinted the recipe but made changes, such as using butter instead of shortening, or using cashews instead of walnuts.  I’m sure there are many ways to make the cake taste different and still good, but for my purposes of this blog, I am making all the Bake-Off recipes exactly as printed.  This recipe led to some interesting use of kitchen equipment.  The recipe says to “grind together” the orange, raisins, and walnuts.  Hmmm… there were no food processors as we know them today back in 1950.  My guess was that a real old-fashioned food and meat grinder was used –  and I just happen to have my mother-in-law’s old one which is exactly the same kind my mother had when I was a child.  It actually was fun using it.  It’s very heavy and has to be attached to a table or counter edge and then hand-cranked.  I liked it so much, I am going to use it again for something!  But don’t worry- if you don’t have an old hand crank grinder, a food processor will work just fine.  Just make sure you don’t overprocess the mixture and make it into mush!  The cake is so moist and flavorful with a fresh taste from using the entire orange.  It will keep for days in a covered container. 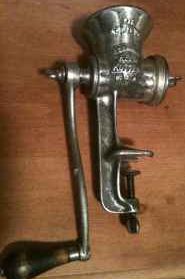 It would be interesting to know how Mrs. Wuebel  came up with the title.  Did her husband love the cake so much that it would elicit a kiss of gratitude for making it?  Or as some suggested in google search, that since the cake uses an orange, did she take the name from Kissimmee, Florida where oranges are abundant?  Others suggest that the name was from the Broadway play, “Kiss Me Kate.”  I like that explanation myself!  “Kiss Me Kate” opened on Broadway in December of 1948, two years before the contest.  It was a huge hit that was the only one of Cole Porter’s musicals to exceed one thousand performances, and performed all over the world in over a dozen translations.  In Poland, “Kiss Me Kate” was the first American musical comedy ever seen in that country.  The movie version was released in 1953. It sounds like it was the perfect title for the times, not to mention that it’s just fun to say it and watch people’s reaction!  Whatever the reason, you just might get a kiss from someone after making this cake. 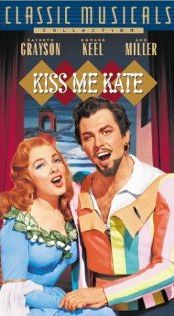 Click here to view the recipe for “Orange Kiss-Me Cake” on the Pillbury site.

To read all about the Bake-Off go to http://www.bakeoff.com/

To read my blog about Bake-Off # 1 to go:  https://theculinarycellar.com/first-pillsbury-bake-off-1949/

No Matter How You Say Tomato, It’s Perfect
The Great North African Pasta