Southern Cooking at The Loveless Cafe 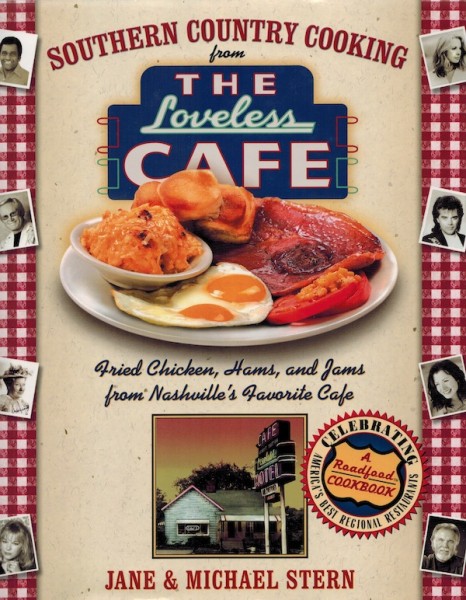 Imagine being three young women from Finland visiting relatives in the southern part of our country, namely my daughter Kara and her husband, and they introduce them to southern cooking.  Finnish cooking is all about fresh and sustainable foods, not biscuits, gravy, grits, fried chicken, and barbecue.  One of the visitors, our cousin Liisa, looked at the menu and was very confused right away.  She noticed the offering of biscuits and gravy.  In Finland, cookies are called biscuits so she thought cookies were served covered in gravy!  Liisa soon discovered the deliciousness of southern biscuits as they were brought to the table and refilled as quickly as they could be eaten. Her friend ordered a cheeseburger, her third in two days!  I think they all adjusted to American food in no time.  Needless to say, they all found love in the Loveless Cafe. 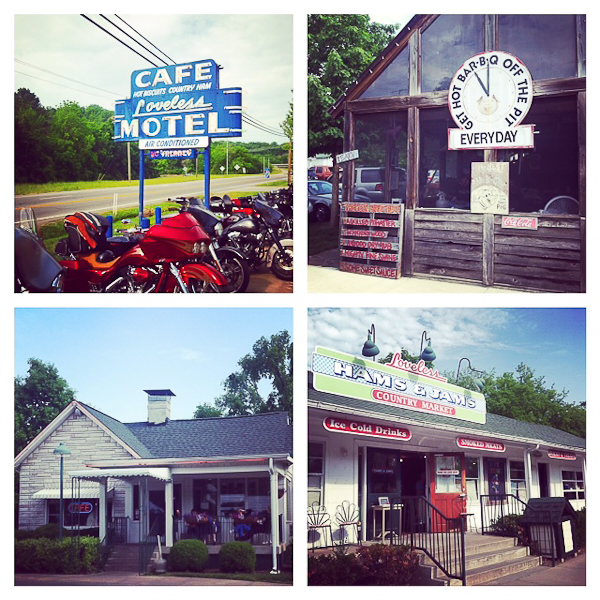 The Loveless Cafe in Nashville, Tennessee began as a party house in the forties, then a private home, was known as the Harpeth Valley Tea Room in the early fifties, then became The Loveless Cafe in 1951.  By the seventies and eighties, the cafe was considered Nashville’s secret but went national and very famous after being discovered by food writers.  Now it is recognized as a cultural institution.

For many years before our super highways were built and people hit the road in droves, places like the Loveless Cafe were in the remote back road areas and only known to locals.  When the word got out that one could enjoy an old-fashioned restaurant with food served on red checkered tablecloths with grandma’s cooking, not to mention the comfort of southern hospitality, people returned for a taste of the past and a place to relax and enjoy life at a slower pace. 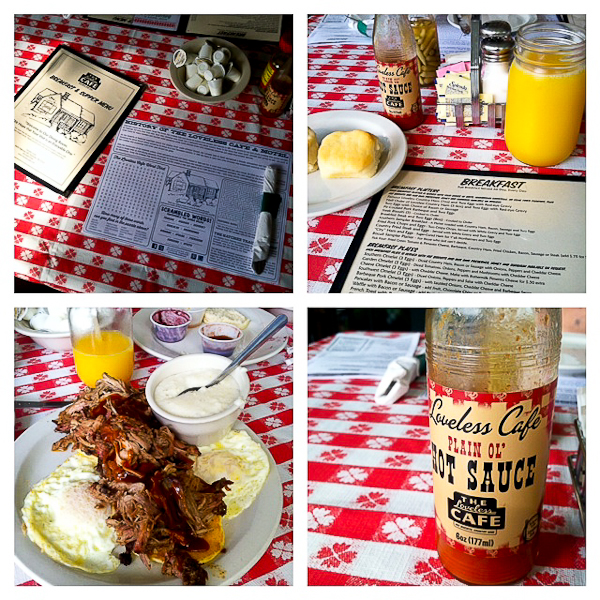 Kara said they all enjoyed their time immensely at the cafe.  She described it like a tiny town with shops and games and a great place for kids because they provide hula hoops and free lemonade while waiting for a table. By the time they left, the wait was up to two hours.  Kara said the pulled pork was “insanely good,” and they enjoyed eating out on the porch which made it feel even more like eating at home.  The biscuits were probably the biggest hit of the day. 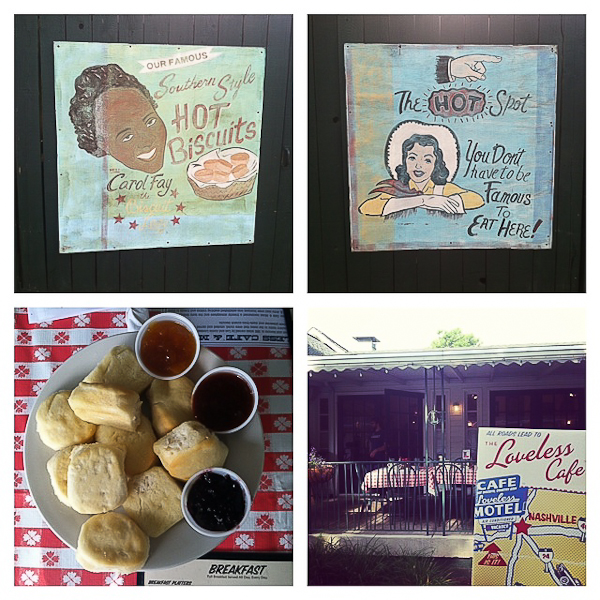 The Loveless Cafe cookbook written by the fabulous team of Jane and Michael Stern, is not only fun to read with numerous photos and stories, but the recipes are wonderful.  The first one I looked up was the biscuits, but alas and not surprising, that recipe was not included.  Carol Fay, pictured in the above poster, is the keeper of the precious biscuit recipe, the Loveless signature.  Carol learned the art of biscuit making from watching her mother but changed the recipe a little.  “It can be tough teaching people,” she says of making the biscuits in the restaurant because “a lot of them don’t want to put their fingers in the dough.  And handling  the dough just right is the key.”  How right she is.

Before leaving with full bellies, Kara, cousin Liisa and her two friends had to stop and have their photo taken to remember their time at the Loveless.  Their next stop would be Tupelo, Mississippi, birthplace of Elvis Presley, and of course another southern meal at Elvis’s favorite cafe.  And soon to follow – New Orleans!  I think the Finns have had a great introduction to southern cooking.  But I wonder what they will think of Elvis’s favorite, peanut butter and banana sandwiches?  Maybe put it on a Loveless biscuit and call it good… 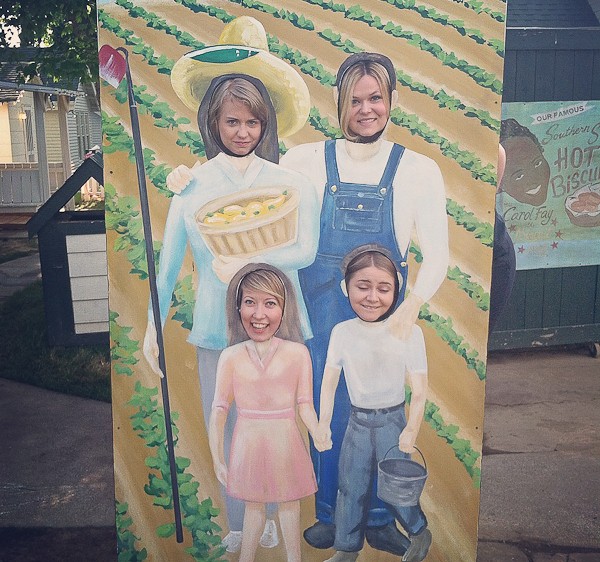 One Response to Southern Cooking at The Loveless Cafe