Gelatin salads are very popular at holidays.  I have been making this beautiful ribbon version since my girls were little.  It looks like Christmas and best of all, tastes really good; not just any jello salad! 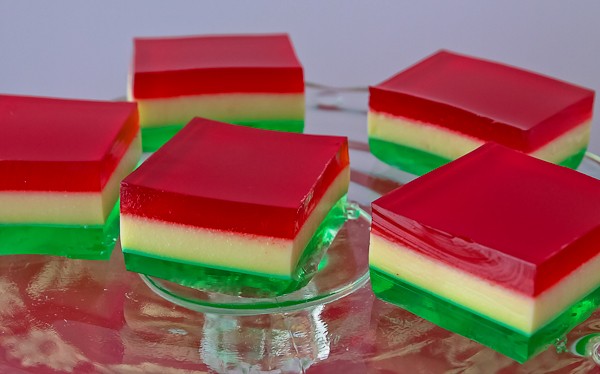 The green layer is lime; second layer is cream cheese, melted marshmallows, pineapple juice, and lemon gelatin.  Third layer is a combo of cherry and raspberry (or cranberry) gelatin.  The secret is to make it early so each layer has time to set completely in between.

The salad goes well and looks beautiful with anything – ham, roasts, turkey, you name it.  I make it two days ahead of time so it’s done and out-of-the-way.  Only problem is keeping everyone away from it! 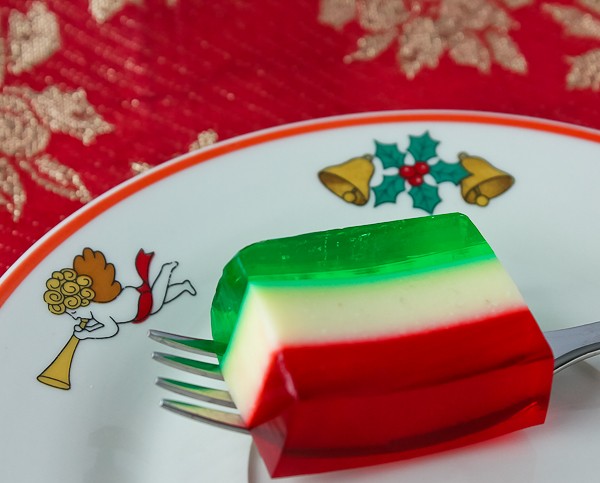 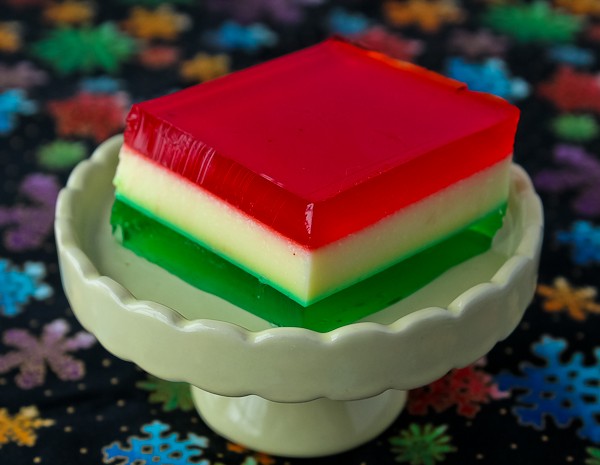