Do you know Mrs. Ralph E. Smafield from Detroit, Michigan?  Do you know why you should know her?

Each and every Wednesday, from now until next March, 2012 will be designated “Wednesday Winners.”  I will be making every single Bake-Off Grand Prize winning dish for you, showing the cookbook from each contest, and including fun stories and facts about the recipes, the contestants, and the contest itself. 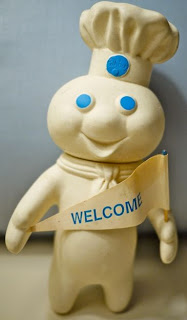 If you are wondering why I will be doing this until next March, it’s because that’s when the 45th contest will be held in Orlando, Florida, where someone will win $1 million for his or her winning dish.  Let’s get started with the first contest and the first winning dish!

Back in 1949 at the first contest, Harry Truman was president.  Soldiers had returned from the war in the Pacific and Europe, and women moved from their wartime jobs to full-time homemaking.  The rationing of sugar from the war had ended and women started baking up a storm.  During that time, there was a feeling of celebration in the air.  Over at Pillsbury, the president of the company, Phillip Pillsbury, felt like celebrating, too.  He wanted to recognize the unsung heroes of the kitchen and reward them for their culinary talents.  Mr. Pillsbury decided that one of the most glamorous places in the country at this time was the Waldorf-Astoria Hotel in New York City.  So what if he could find the best 100 cooks in America, treat them like royalty by bringing them all to the Waldorf, and then win money for cooking their best dishes?  The competition was announced, and the Pillsbury Bake-Off was born.

The contest was first known as the “Grand National Recipe and Baking Contest.”  Entries for the Grand National poured in from all over the country.  Many of the people selected had never left their home state, never been on a train, or even stayed in a hotel.  Imagine how they felt on December 13, 1949,  being showered with such luxuries as being served breakfast in bed, a luncheon of pheasant under glass, or even have the opportunity to meet former First Lady Eleanor Roosevelt, and talk with television and radio personality, Art Linkletter.  It was like a dream come true – and it still is today. 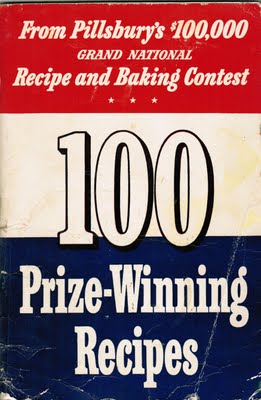 This is the first cookbook from the 1949 contest.  It contains all 100 winning recipes using Pillsbury’s Best Flour including Mrs. Smafield’s Grand Prize winning recipe called “No Knead Water-Rising Twists.”  What??  Dough that rises in water?  It’s a very old, but seldom-used way of submerging dough in water to let it rise.  But it was 1949, and Mrs. Smafield had great success with this method.  She entered her sweet and tender nut rolls and won the grand prize at the time of $50,000, a huge amount of money in 1949. That amount of money could buy a house AND a car, with some money left over!  Other prize-winning recipes included $10,000 for “Starlight Mint Surprise Cookies,” $4,000 for “Aunt Carrie’s Bonbon Cake, and  $1,000 each for “Jonquil Sponge Cake,”   “Chocolate-Crusted Pie,” “Mount Vernon Dessert,” “Deauville Dumplings,” “Sea Foam Nut Squares,”  and “Crusty Dinner Rolls.”

Let’s take a look at the winning recipe, “No Knead Water-Rising Twists.”  I was so curious to try this recipe and its strange method of dough rising in water.  After making the yeast dough consisting of simple ingredients like flour, sugar, salt, eggs, milk, yeast, vanilla, and shortening, the dough is placed in a clean tea towel, allowing for space for the dough to rise.  It is then submerged into a large mixing bowl filled with warm water (75 to 80 degrees) and left to stand until the dough rises to the top of the water, which takes about 30-45 minutes. 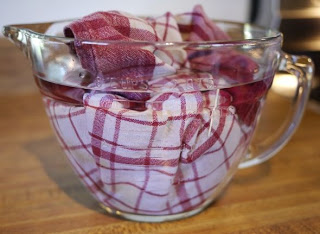 The dough, which is soft and moist, is removed, divided into 2 dozen equal pieces, rolled in a mixture of sugar, cinnamon, and chopped nuts, then formed into twists and baked.  Here is how they look when finished!  The twists are tender and sweet with a delicate richness. 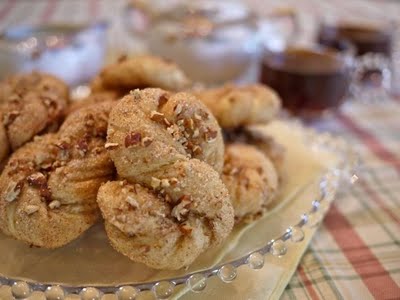 Come back next Wednesday for week two of Pillsbury Bake-Off winning recipes!  In the meantime, visit http://www.bakeoff.com/ for everything you want to know about the Bake-Off contest or to find prize-winning recipes. (Next week, nothing will be submerged in water!)

An amusing note:  In the early Bake-Off books, the women winners did not have their given name printed.  It was always the husband’s name, such as here, Mrs. Ralph E. Smafield.  Just so you know, her lovely name is Theodora!

Finnish Food
"The Path to Culinary Enlightenment is Paved with Cookbooks"