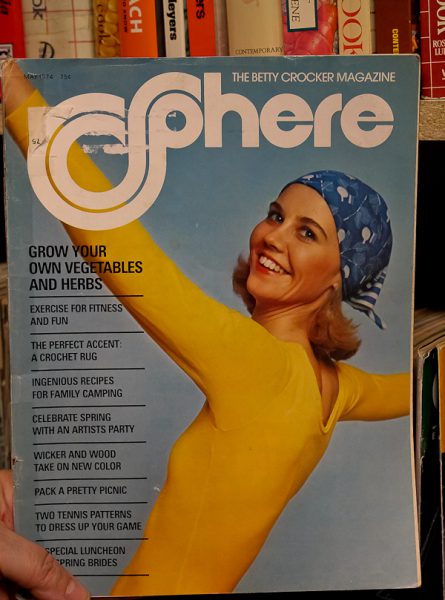 Once again, the month got away from me in my monthly vintage Sphere reports.  All of a sudden it’s May 31st and my time is out.  In part, I can blame this silly Springtime flu I have had for more than a week now.  I rarely get flu in the winter, but for some reason it appears in the Spring,  With nothing much else to do, I found something fun and a little fussy to make in this issue, plus I had to find a recipe that had ingredients on hand. But that’s what I do-  if I feel good I cook, if I feel bad I cook.  Somehow both ways make me feel better.

The first couple articles I came across were for outdoor cooking or outdoor enjoyment like picnicking, and planting a garden or herbs for the summer, none of which I could do with the flu.  The last article in the magazine was for planning a bridal luncheon.  The menu suggested a choose-your-own-chef’s-salad with assorted homemade dressings like Thousand Island, Creamy Garlic, and Chunky Blue Cheese; crusty rolls, and some luscious-looking chocolate eclairs.  Yes, I did have the ingredients for those, including the use of optional banana liqueur in the filling which I happened to have from a dessert I made a year ago and it’s been sitting in the pantry waiting for a new recipe to come along. 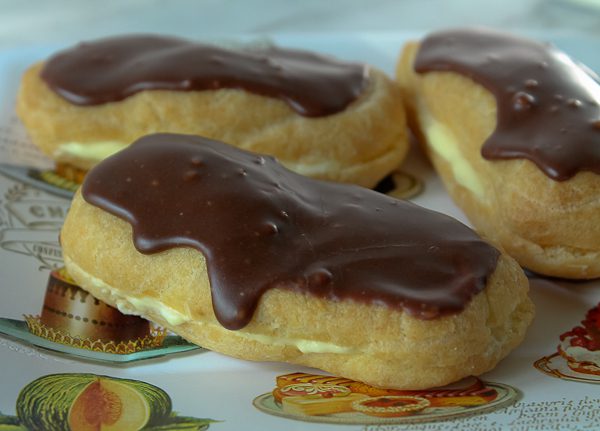 The filling is simply packages of vanilla cook-and-serve pudding with the banana liqueur stirred in and chilled, then whipped cream folded in.  It’s a very subtle banana flavor but really good.  I wasn’t sure if I was going to like it, but I would definitely make it this way again.  The chocolate icing comes out nice and glossy.  The recipe makes 16 eclairs, not too big which is nice.  Only problem with these is that they must be eaten within 24 hours of making as the filling will start to weep and the eclairs will get soft, so plan carefully.  You can make the pudding the night before to save time, but don’t fold in the whipped cream until ready to fill.  Everything else has to be made the same day.  I think you will find that they are worth it and since they are so good, they won’t last long anyway. 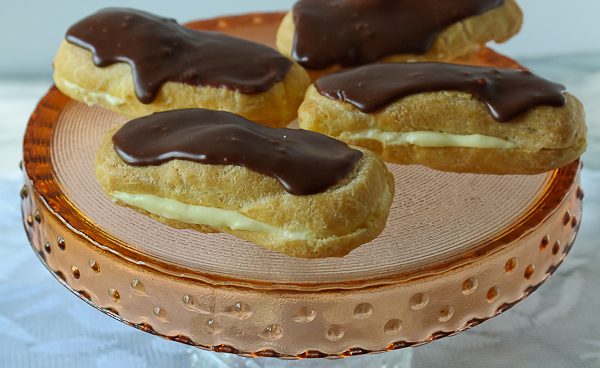