The story begins with Amy (Kelly Rutherford), feeling sad about having to return back home after driving her daughter to college and becoming an empty nester, but much to her surprise and happiness she is offered a six-week job of planning the school’s Harvest Festival instead. 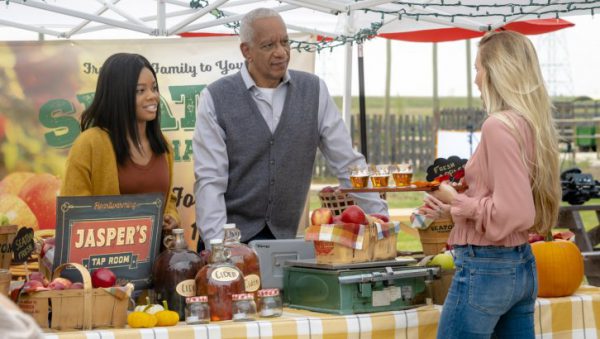 Attendance has fallen because Noah (Cameron Mathison), the professor in charge, put too much emphasis on “Harvest” and not enough of “Festival.” 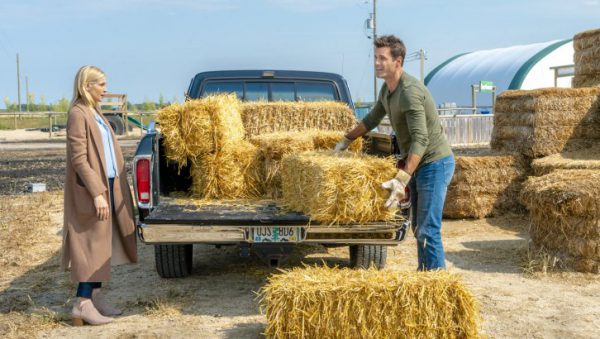 This is where Amy steps in with her new ideas that clash with Noah’s.  It leads to Amy eventually being offered a full-time job, but one snag.  Just when Amy and Noah begin to fall in love, Noah is offered a professorship in Australia.  Oh, no! What will happen? 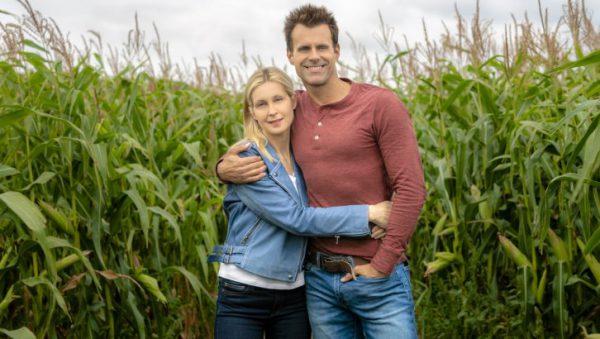 As I viewed the trailer for the movie, there was a scene where Noah offers Amy a pot of chicken soup.  So guess what my recipe is for this movie? 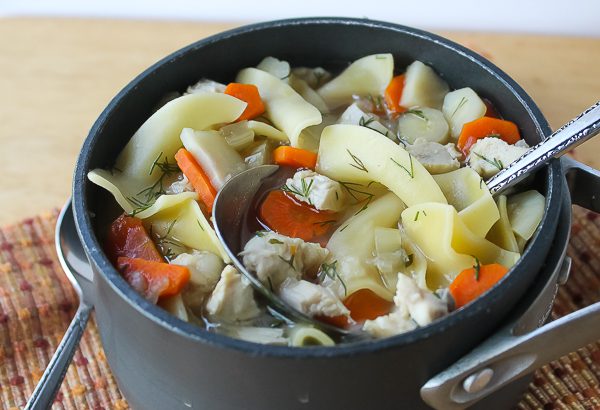 I made a big pot of comforting chicken noodle soup, filled with chunks of chicken, egg noodles, carrots, parsnip, onion, dill, and parsley. 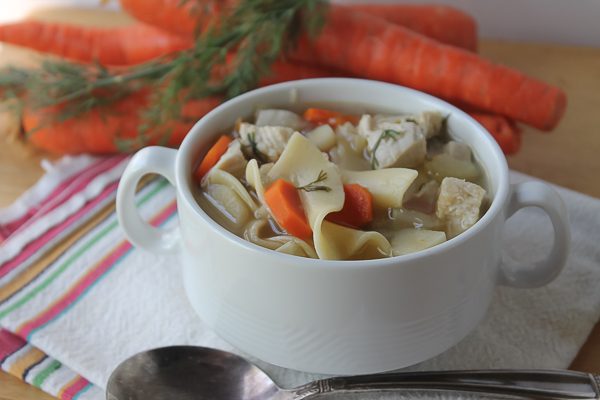 Be sure and watch Saturday, October 20th at 8pm/7c on the Hallmark Channel. I’m curious to see the chicken soup Noah makes!