We all know Paul Newman as a legend in the entertainment industry but he was also a humanitarian and food legend.  In 1986, Newman started a line of food products, beginning with his own recipe for salad dressing, and decided that all profits would go to charities.  Turns out that a food angle wasn’t just something he pulled out of his hat; Paul Newman was a major cook!  He and director Sydney Pollack would have cook-offs with their culinary masterpieces and have friends and family select a winner.  His salad dressing was given to friends as Christmas gifts.  Newman just loved to cook.

With the food empire expanding, at one point Newman’s daughter Nell suggested adding an organic line of products.  He was very skeptical about organics saying he thought they were too dense, and only offered items like nut loaves or yeasty gravies.  Nell changed his mind at the family Thanksgiving in 1992.  Without telling her dad, Nell had an organic farm in California FedEx her salad greens, peas, and potatoes.  She found an organic turkey which wasn’t easy back then.  Nell made the entire Thanksgiving meal, exactly the way Newman liked it.  It was only when he started wiping his plate clean that she informed him it was all organic.  The organic food line developed thanks to that Thanksgiving and took off, and since has become one of most recognized names in the health food industry.

Even after Newman’s death in 2008 the company still thrives and the proceeds still all go to charities.  Newman’s Own has given away over $570 million dollars to various charities including Newman’s “Hole-in-the-Wall” camp for children in need.  The camp has helped thousands of kids and their families.  Newman even published a cookbook to benefit the camp with kid-friendly recipes.  I wrote a blog about it way back in 2010.

This poster was given away at grocery stores in 1986 when bottles of Newman’s Own first product, his salad dressing, hit the market.  The poster is now a collector’s item.  I had it framed and it lives happily in The Culinary Cellar! 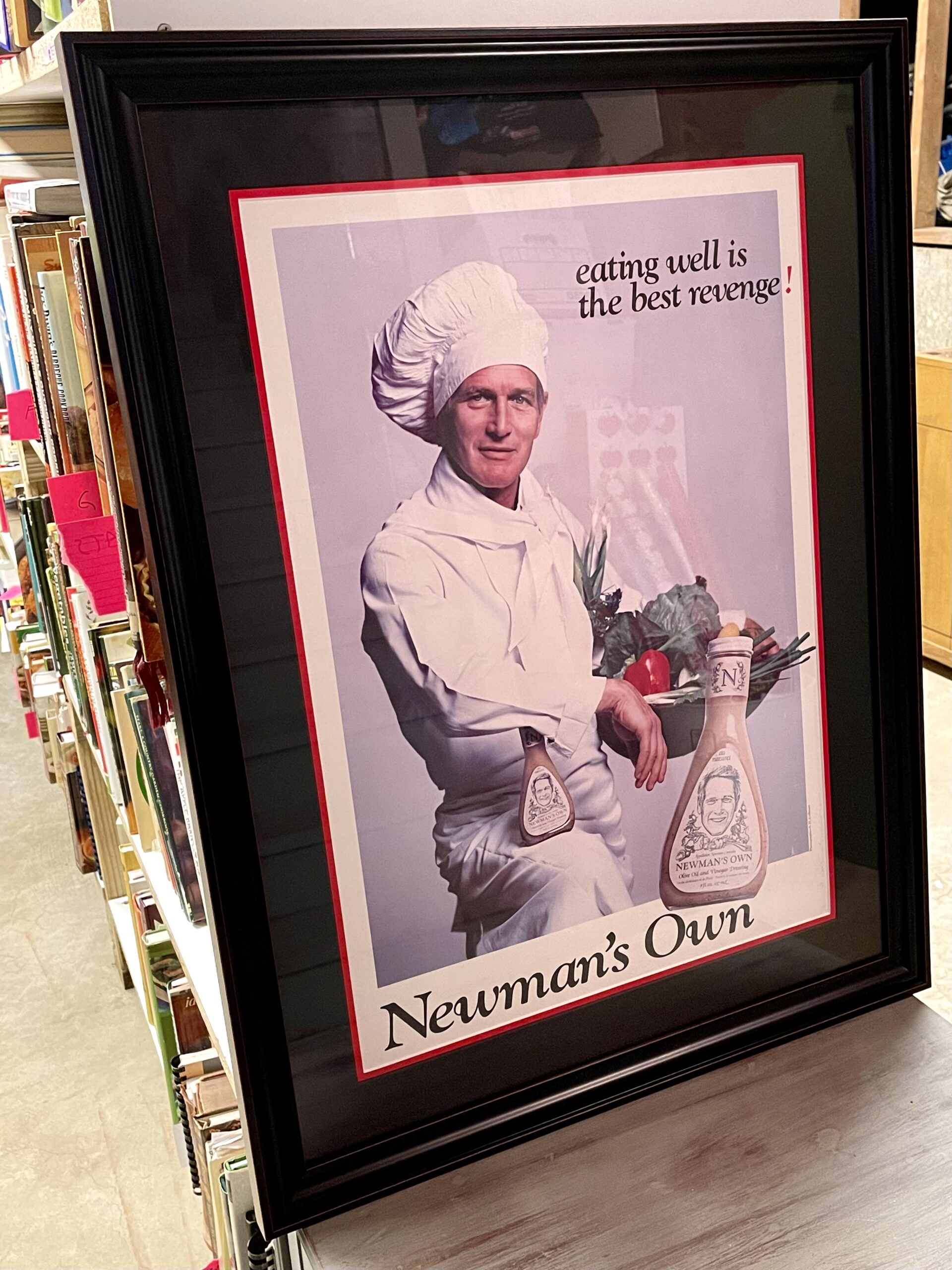