This “Flood Survivor Friday” item is truly a miracle.  I had many items in bins, but water still managed to seep in and ruin most everything.  My Wonder Woman daughter Kristina was up to her knees in muddy water on Day Two of the clean-up process, right before a crew of at least eight workers was expected to arrive.  I was upstairs and suddenly heard a scream.  Not a scary scream, but a happy one. 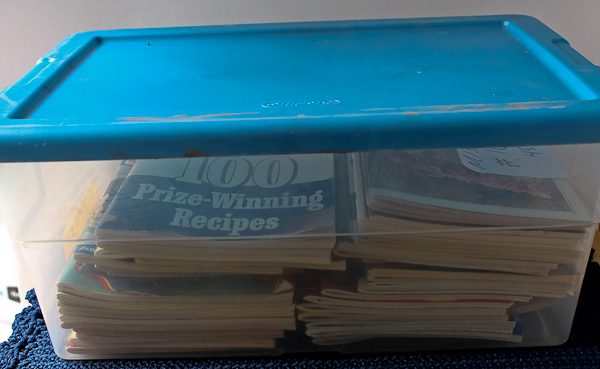 I went to the top of the stairs to find Kristina carrying this bin with just a little bit of mud along the edge.  Inside were the Bake-Off books, only a few missing from the collection.  We carried it up to the kitchen table and stared at it, almost afraid to open it.  Just about every single bin of any size we had opened earlier was at least half filled with water and everything had to be tossed.  We carefully lifted off the top and were stunned.  It didn’t look like a drop of water had seeped into the box.  How was this possible?  It was very heavy and should have sunk to the bottom of the seven feet of water.  Somehow it managed to stay afloat; how is the mystery. Maybe it was sitting on top of something and didn’t tip over?  Or maybe it was what we came to call, “The Pillsbury Doughboy Miracle.” 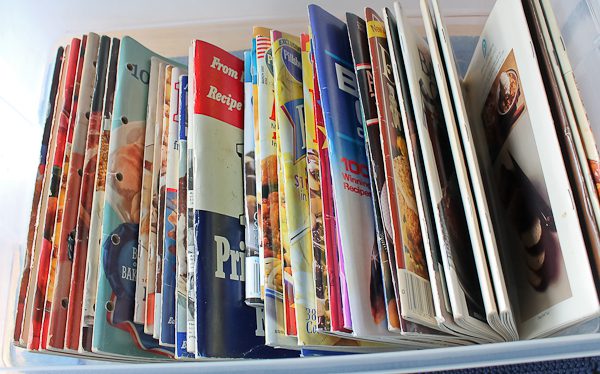 Kristina and I lifted out all the books and one by one, flipped through the pages. Dry as a bone. 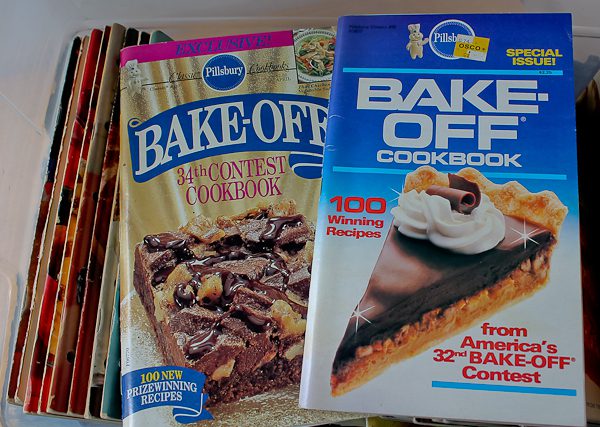 These were the two contests I competed in, contests #32 and #34. 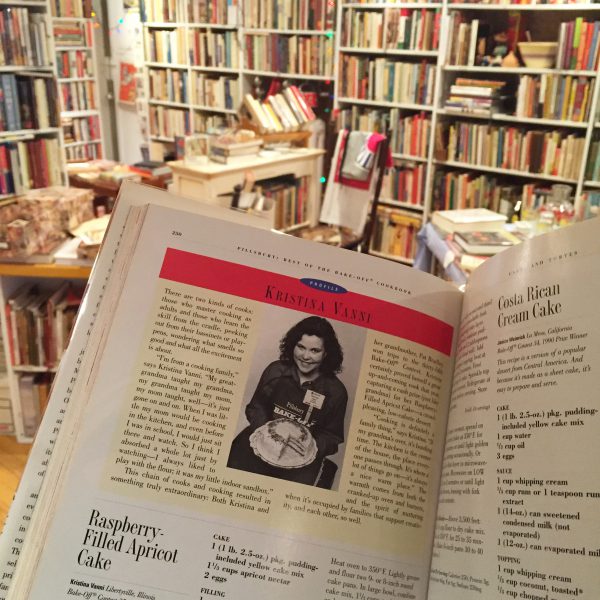 Kristina also competed twice, the first time at Bake-Off #35 when she was just barely 12-years-old and in 6th grade.  Kristina won $2,000 for her Raspberry-Filled Apricot Cake, and a refrigerator.  In that same contest, my mother also competed and she won her category and $10,000 for Creamy Broccoli and Wild Rice Soup!  It was the first time in Bake-Off history that a grandmother-granddaughter competed and both won prize money.  Kristina still holds the record for the youngest money-winner in Bake-Off history.  That was quite a contest, to say the least.  The picture above was taken in New York City about a year ago at Bonnie Slotnick’s Cookbook store where we found the Pillsbury book that featured past winners.  I had this book in my collection but now I will have to replace it. 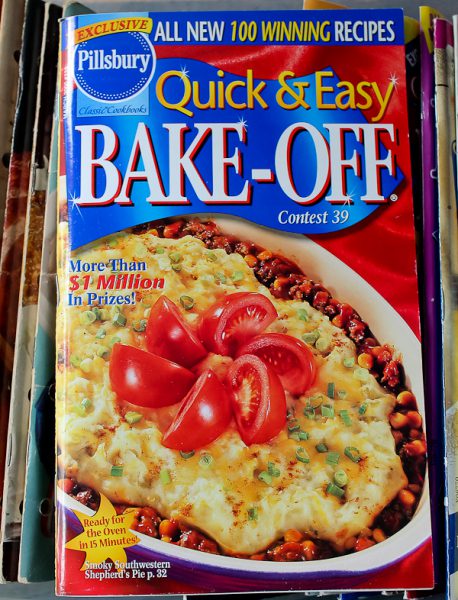 Kristina’s 2nd Bake-Off was #39 and her recipe for Smoky Southwestern Shepherd’s Pie was featured on the cover!  She was also one of the contestants selected to be featured inside the book. 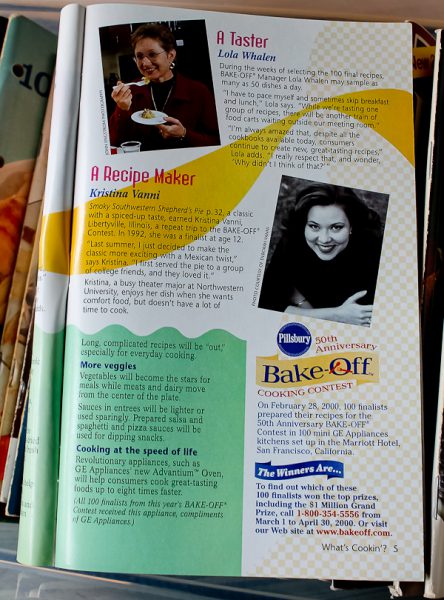 The official rules to enter the 48th Pillsbury Bake-Off will be coming up in October and this time is going to be coupled with the Food Network.  Check it out!  Maybe a Doughboy miracle could happen to you too!

7 Responses to The Pillsbury Doughboy Miracle