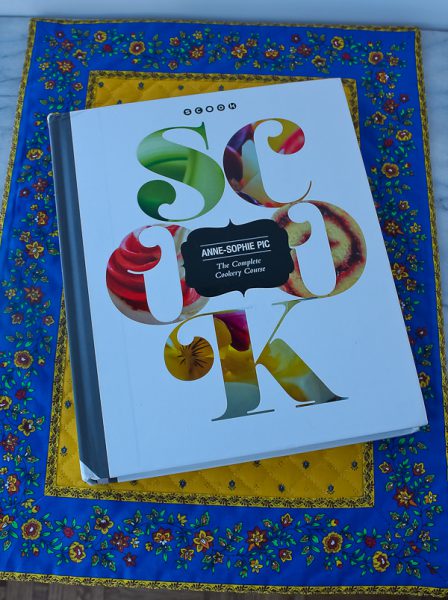 If you are a serious cookbook collector, Scook needs to be high on your list, as long as you have a shelf large and strong enough to hold it!  Scook is huge and heavy.  And wonderful.

Author Anne-Sophie Pic is a French chef known for gaining three Michelin stars for her restaurant, Maison Pic, in southeast France.  In 2007, Pic became the only female chef in France and only the fourth woman in history to earn the top honor of the culinary world: a three-Michelin star rating.  She was also named the Best Female Chef by the The World’s 50 Best Restaurants in 2011.  Even though the honors are highly impressive, Pic writes her cookbook so all of us can enjoy cooking her food in our own kitchens.  The cookbook will instruct step-by-step how to achieve success with Pic’s recipes, everything from how to peel and dice tomatoes properly, or how to cook a lobster, to mastering a souffle, blanquette of veal, or a perfect macaron.

Pic believes her success comes because of, not in spite of, being a woman.  She considers her taste combinations and artistry to be an expression of her femininity.  My daughter Kristina was lucky enough to dine at one of Pic’s restaurants at Beau-Rivage Palace in Lausanne, Switzerland and she wrote an article about it with photos.  Go look at those photos and you will see that her food indeed looks very feminine and breath-taking.

I had to make something from the cookbook and my first choice uses two of my favorite ingredients: asparagus and mint.  The Green Asparagus with Mint Hollandaise Sauce tastes as good as it sounds. 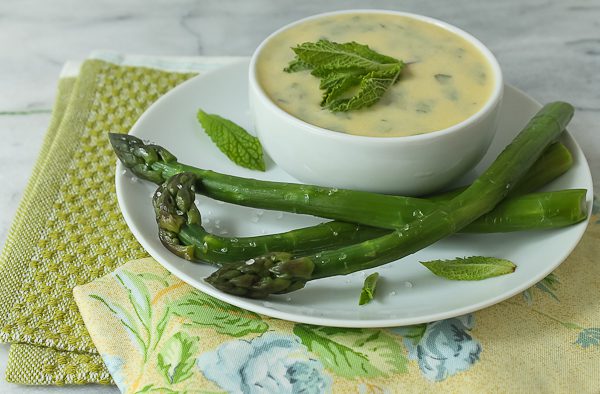 I could eat this every week and never tire of it.  Next on my list to try is the Lemon Tart with Italian Meringue.  As Pic says, “Everyone needs a recipe for lemon tart.”

Get this book.  But first you can make the asparagus. 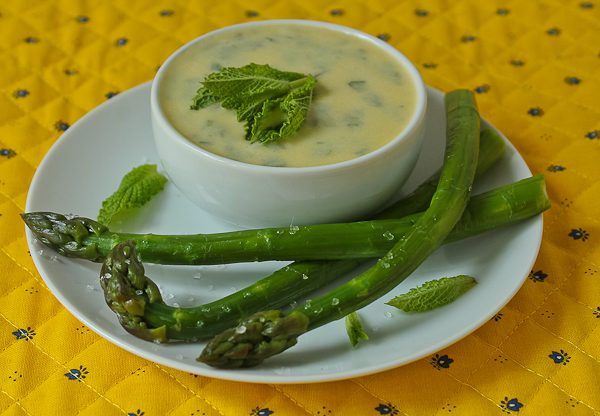 The Blue Bloods Cookbook
Eating in the Middle