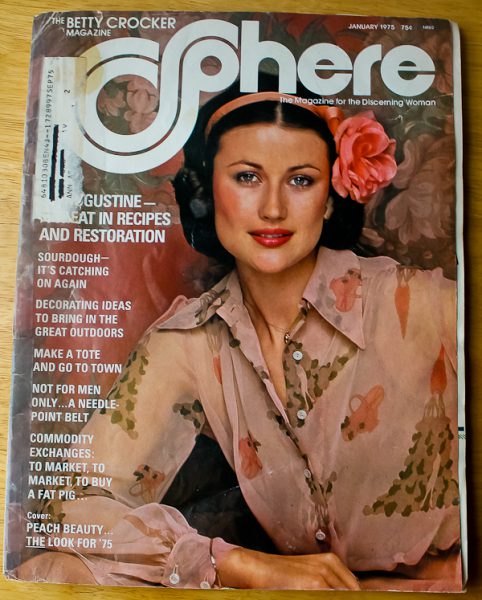 Yay!  It’s another whole new year for Sphere magazine recipes!  I have had a busy week with requests from those who love and miss this vintage magazine, at least six emails asking for everything from a wedding cake recipe to an issue that included exercises for the new year.  The requests never stop from my fellow Sphere enthusiasts.

The January 1975 issue features an extended article on Spanish cuisine in the New World from St. Augustine, the oldest city in our country.  Ponce de Leon was Florida’s first tourist, stepping on our shores Easter Sunday in 1513, in search of gold, but also leaving us a legacy of delicious foods.

Another article is all about sourdough baking.  There are easy instructions on how to make a starter and then pages of sourdough recipes for items such as breads, pancakes, muffins, biscuits, and cinnamon rolls.

But since January is designated National Soup Month, I decided to make the recipe for a soup that sounded wonderful, Sausage and Lentil Soup, with Italian sausage, fennel seed, celery, carrots, onions, tomatoes, and a touch of lemon. 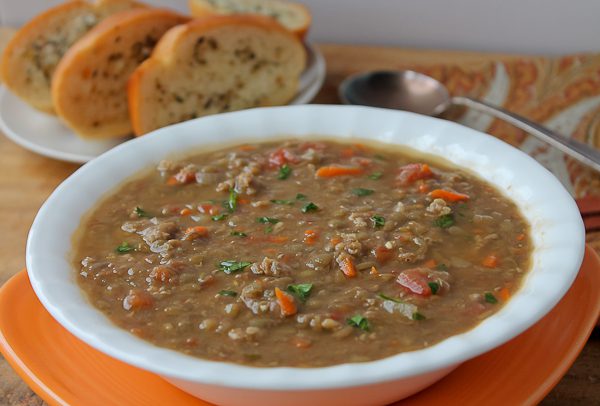 The lentils are cooked separately, pureed in a blender, then combined with a delicious sausage mixture.  I loved this soup!  It makes a lot and I definitely will be freezing some.  It was great served with my favorite garlic bread. 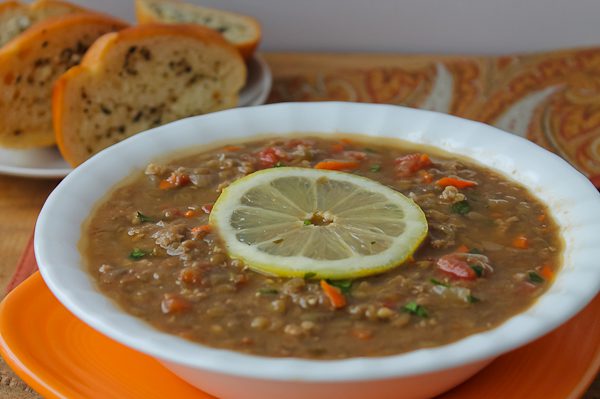 I thought since there was a little lemon juice in the soup, a garnish of sliced lemon might look nice.  This is optional, but does look nice and bright, don’t you think?

I love the use of fennel seeds in the soup.  Fennel is an old herb with an interesting history.  It was thought to be a symbol of flattery and an emblem of heroism.  As a medicinal remedy, it was believed to be a cure for poor eyesight, spells of wheezing, and prolonged hiccups.  And more interestingly, as an aphrodisiac and an aid to weight loss.  Herbalists from the 14th to the 17th century recommended that overweight persons eat fennel to curb their appetites.  I guess this is a good soup for the New Year and those who are looking to lose those holiday pounds.  However, I don’t think the Italian sausage in the soup will help much in that area!  But it sure is good. 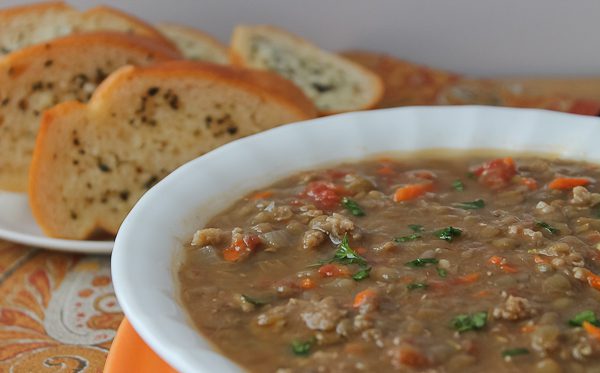 Congratulations to our Cookbook Winner!
Happy 7th Anniversary to the Culinary Cellar!