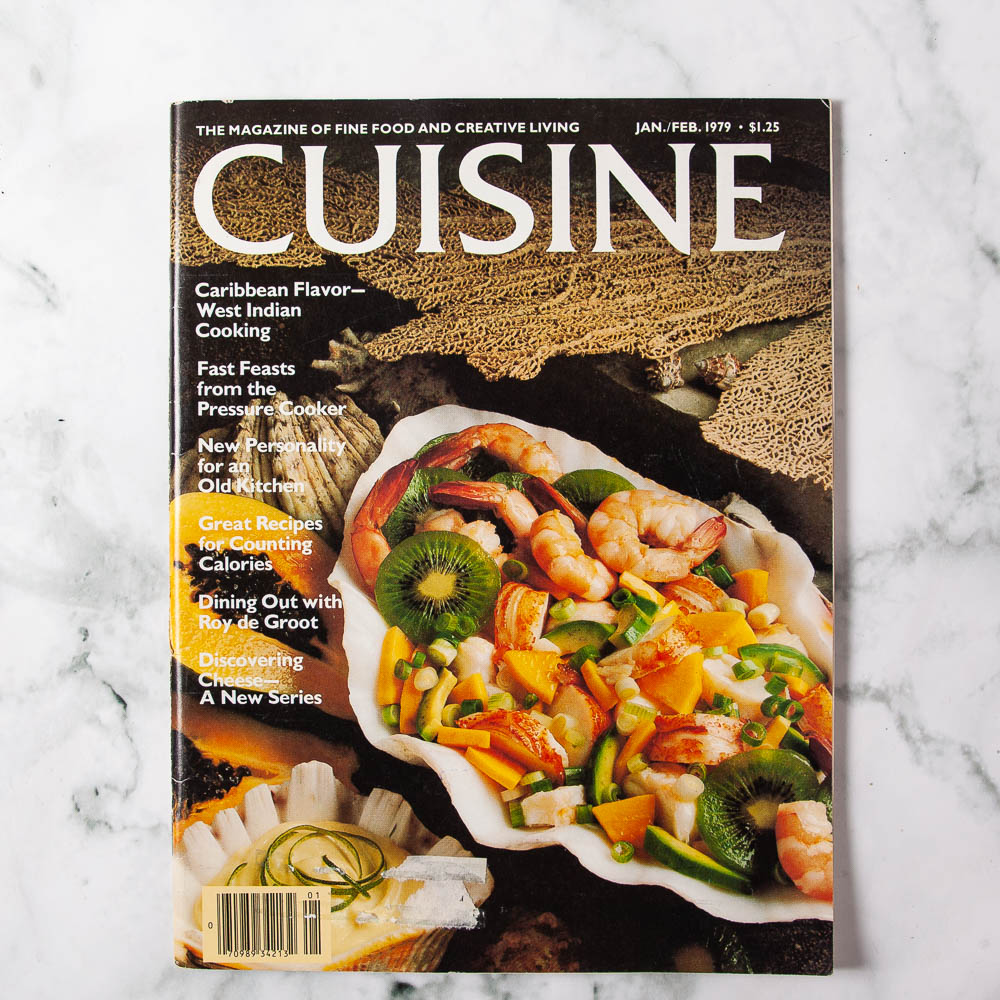 Here it is- the first issue of Cuisine magazine in 1979.  For those who loved and followed Sphere magazine, you might remember that the last few months of Sphere was called Sphere’s Cuisine, preparing for the name to be changed to simply Cuisine.  Cuisine was a great magazine but it too, like Sphere, ended too soon.  The last Cuisine was published in December of 1984.  But as I did with Sphere, writing about every issue until it ended, I will be doing the same with Cuisine.  There are great recipes ahead for months to come!

Caribbean cooking was the theme of most of this issue, dozens and dozens of ideas for “Pleasures of the Caribbean.” There were also articles about pressure cooking fast feasts, a page of cookbook recommendations, a “Discovering Cheese” essay by the great Bert Greene, baking with cookie stamps and molds, and a subject seen in many January issues, trying to lose weight in the new year by offering low calorie ideas in an article called “Super and Slimming” where recipes that wanted to “please the eye, tempt the palate, and satisfy our love of flavorful and exciting food.” The featured recipes used minimal fats and cooking oils and those used in small amounts would not add significant calories in individual servings but add flavor and enjoyment to a dish.   I decided to make the 300-calorie per serving “Spicy Indian Chicken.” 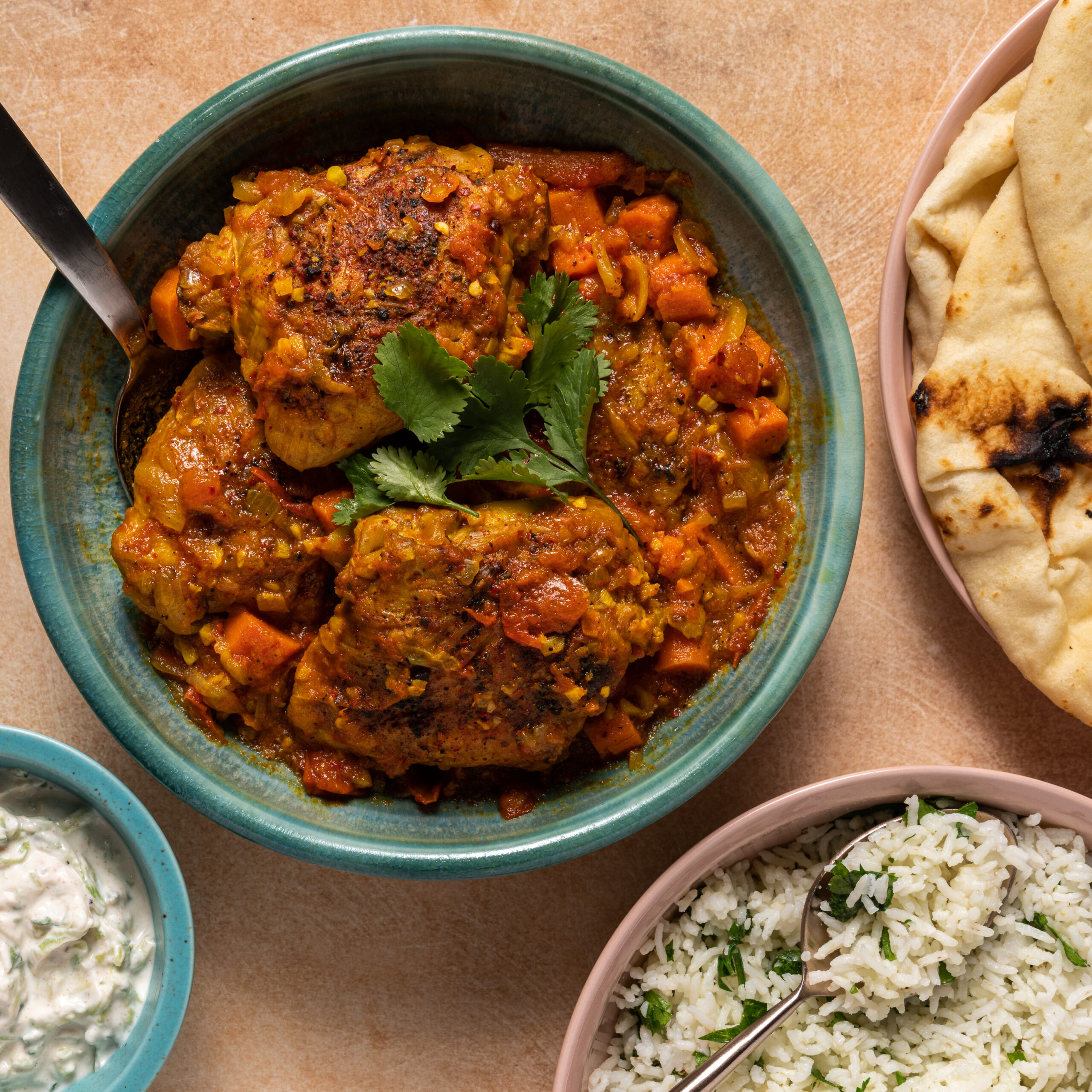 This dish met their desired criteria for pleasing the eye and palate with lots of flavor.  It’s not difficult to make and worth the effort.  A delicious homemade spice mixture is sprinkled on the chicken and used in a sauce.  A cooling cucumber raita on the side and cilantro rice are the finishing touches.  (Naan bread is optional, but then you have to count those calories but it’s still low if you don’t have too much!)

This first issue is for January/February so watch for the next issue in March.  (Hint at what’s ahead: authentic Mexican cuisine from Diana Kennedy, and an inside look at French cooking lessons at La Varenne in Paris!)