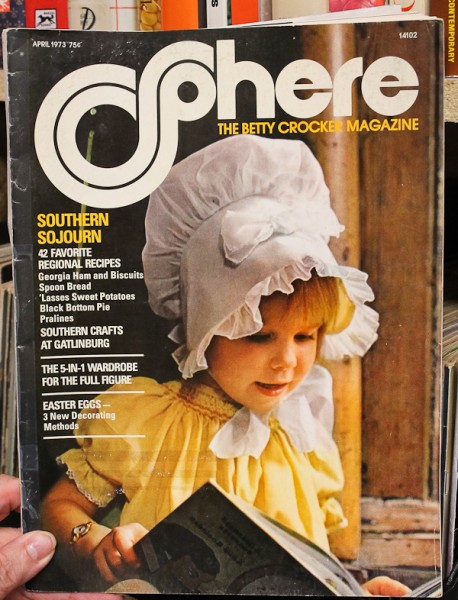 Much of this April 1973 issue is dedicated to Southern cooking, and since my daughter Kara and her husband recently moved to the South, I couldn’t wait to make a dish in honor of their move.  Not only that, but today also happens to be their one-year wedding anniversary!  You can read all about their wedding here and see some lovely photos!

The “Southern Fish Stories” run the gamut from fried catfish with hush puppies, snapper chowder, scalloped oysters, deviled shrimp, to baked bluefish.  Abundance of seafood is one of the glories of the South.  The best fried catfish and hushpuppies I have ever had was at a 4th of July party at the lovely lake home of Kara’s in-law’s. What I wouldn’t give to have them for dinner tonight!

Since Southerners believe there is nothing like hot breads, especially warm and fluffy biscuits, there are recipes for biscuit shortcakes, sweet potato biscuits, and quick biscuits using self-rising flour and lard.  There is also a “Homage to the Kernel:  Hominy, Grits, and Cornmeal,” with recipes for Virginia Spoon Bread, Bacon-Fried Grits, Grits Souffle, a Grits Ring with Creamed Chicken, and a cornbread dressing for Thanksgiving turkey.

The South has a sweet tooth.  In antebellum days all that butter, cream, sugar, pecans, and fruit at hand produced great dessert recipes.  Superb cakes, pies, cobblers, puddings, and cookies are among the oldest and most cherished of Southern traditions.  The section called “Dissertation on Desserts” includes Charleston Benne Cookies; Southern Lane Cake; Charlotte Russe; Sweet Potato Pie; Pralines, and Black Bottom Pie.  I decided to make the pie in honor of Kara and Robert, but also because my Bill has been asking for a pie lately.  It turned out beautiful and so delicious with the silkiest of texture! 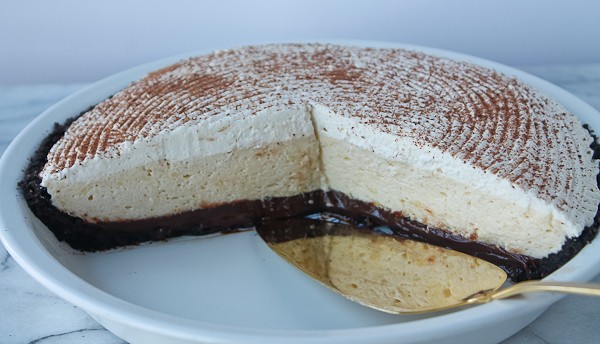 The pie is a little time-consuming to make with all the layers and chilling time but worth the effort.  Southern author Marjorie Kinnan Rawlings pronounced Black Bottom Pie the most delicious pie she’d ever eaten, and while fussy to make, well worth the time needed to create such a memorable party or holiday dessert. 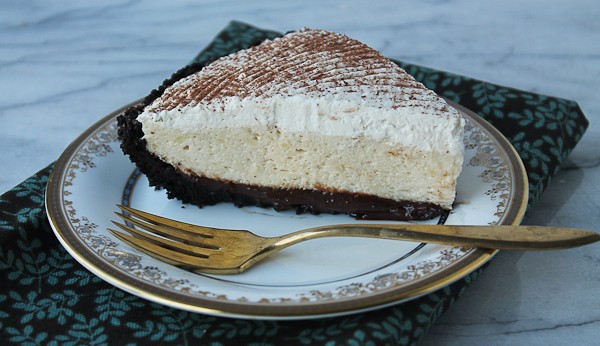 Happy Anniversary Kara and Robert!  I wish we could share this pie with you!  But since you are now a Southern cook, Kara, I’m sure you will be able to make it yourself.  Yankee girls can do that, you know…