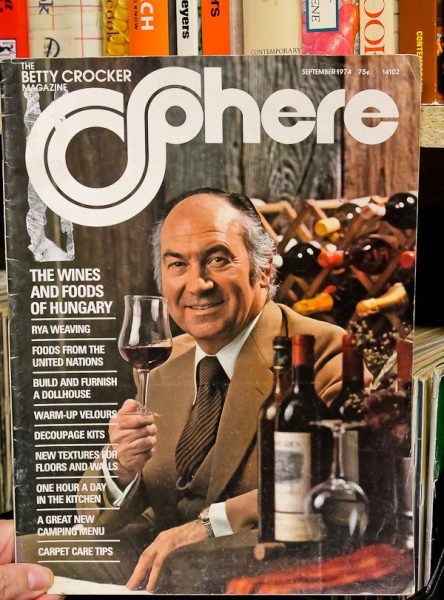 For those who have yet to rid of summer’s heat, I hope cooler days are ahead for you.  Here in the Chicago area the worst heat seems to have given us a little reprieve for now and we can actually sleep with the windows open and get a bit of a breeze.  Next week officially begins autumn which means all I can think of is that it’s the start of soup season.  This month’s issue of vintage Sphere from 1974 has an article on Hungarian cooking including a recipe for goulash soup, which I made and it was hearty and delicious. 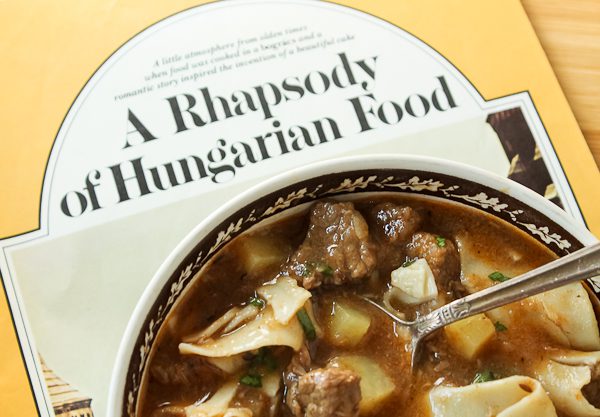 The soup (Gulyasleves, in Hungarian) is made with beef stew meat, potatoes, noodles, and lots of spices including a Hungarian staple, paprika, along with caraway seed, crushed red pepper, and thyme.  Other recipes in the article included fish paprika with sour cream, mixed meat goulash, stuffed cabbage, and a cherry strudel. 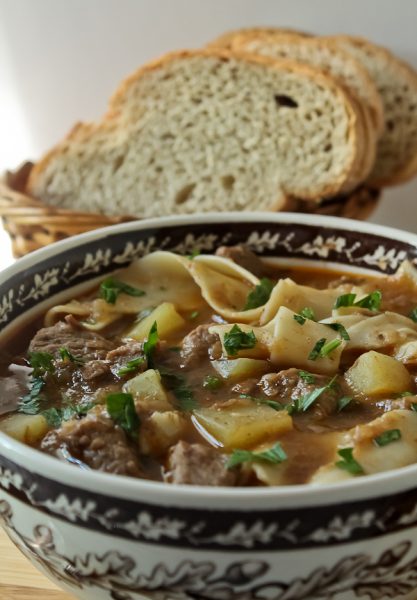 I don’t have many Hungarian cookbooks or know much about the cuisine, so I was happy to read about it especially since it was written by the great Myra Waldo, author of The Complete Round-theWorld Cookbook, Seven Wonders of the Cooking World, and many more plus travel guides.  In her time, Waldo traveled to kitchens around the world at least six months out of each year bringing the world’s cuisine to our kitchens.

This issue was geared toward international cooking, as it also included specialty peanut recipes from the United Nations using them in every way from drinks and salads to fritters and cakes, along with miscellaneous international recipes such as a clam souffle from France, mushroom pie from the United Kingdom, barbecued salad from Tunisia, and meat-filled crepes with raisins and almonds from Brazil.

The goulash soup is just the beginning of soup blogs you will be seeing from me in the next few months.  My mom will be happy as she says soup is probably her favorite meal.  I think she would love the goulash soup and I hope you will too. 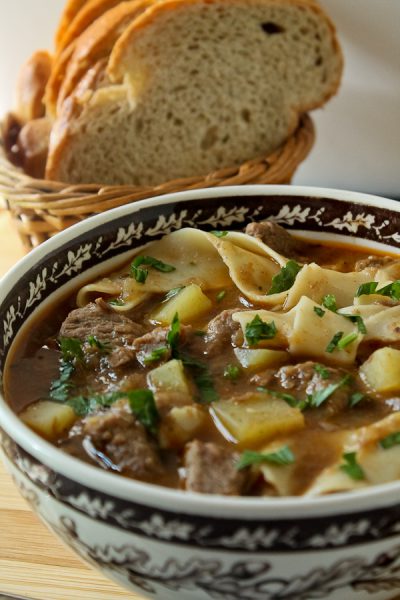 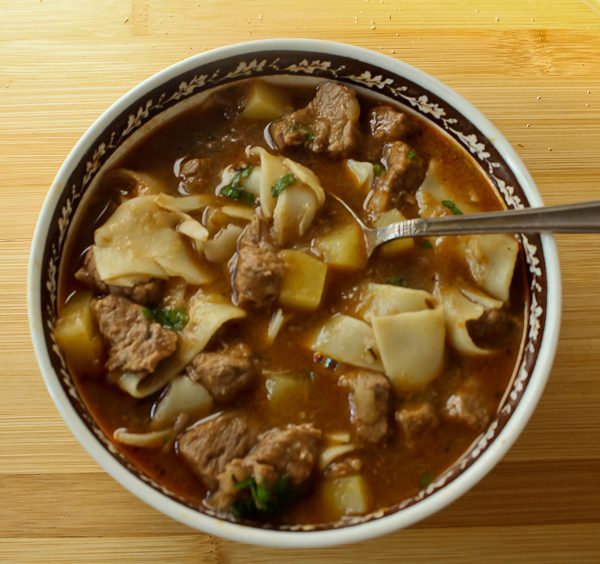 Preggatinis for the Mom-to-Be
Healthier Cream of Broccoli Soup