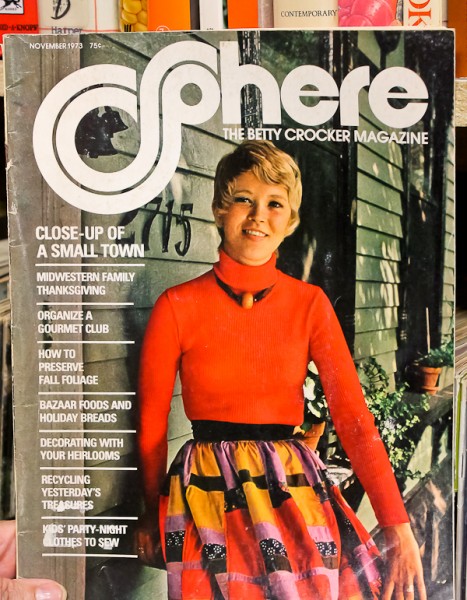 This is one of my favorite November issues of the vintage Sphere magazines.  I love Thanksgiving ideas and cool weather cooking.  One Thanksgiving menu from a family in downstate Illinois features not turkey but roast duck and dumplings. Also on the menu are fried sweet potatoes, rutabagas with brown butter, pepper-bean casserole, spicy applesauce mold, corn relish, buttermilk buns, grandma’s mincemeat pie, and the family favorite, Lavon’s pumpkin squares that I wanted to try as an alternative to pumpkin pie.  After one bite my husband declared that he may never want regular pumpkin pie again. 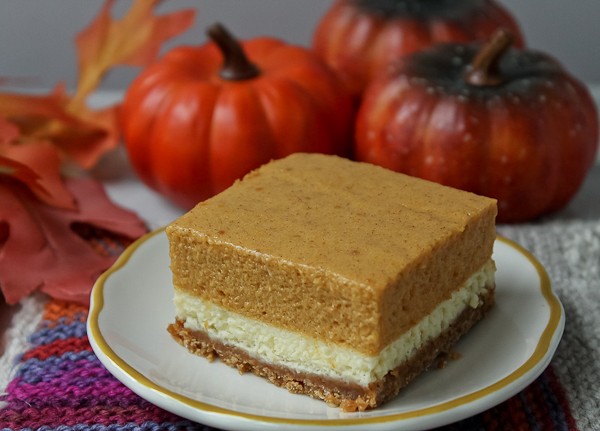 A rich and buttery graham cracker crust is topped with a cream cheese layer and baked.  When cooled, a creamy yet light pumpkin layer is spread over the cream cheese layer and chilled.  I have seen many recipes similar over the years with the same ingredients and layering, but none have tasted like this one.  This one is very special. 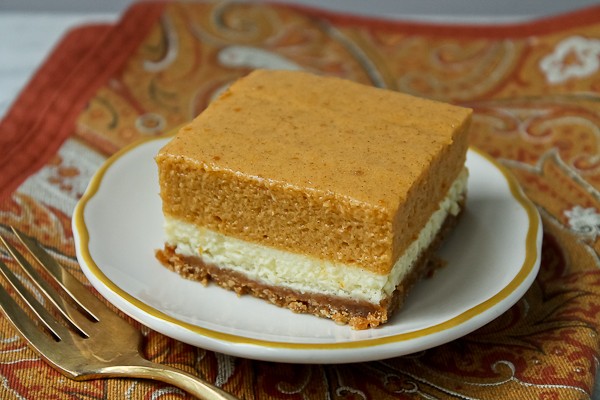 It’s so pretty and cuts so beautifully, I couldn’t stop taking photos of it!

Another article called “The Bountiful Bazaar” brought back memories of church bazaar’s of my childhood, when everything was homemade, from the crafts to the foods.  I loved this photo of the ladies selling their wares. 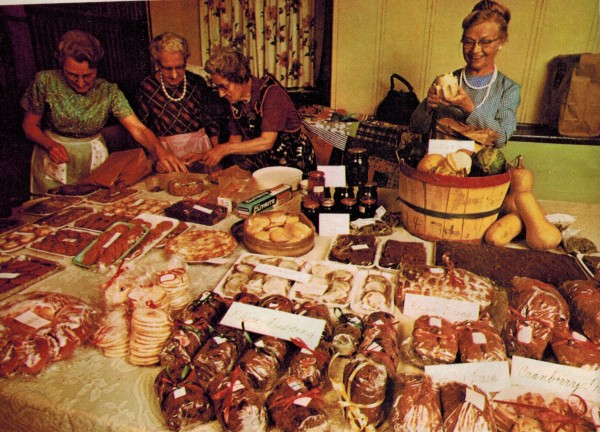 Other articles include a hearty country breakfast idea, a gourmet get-together party with friends, a cooking lesson page on how to make eggs in aspic (gorgeous), and another favorite, holiday breads.  The variety of breads ranged from mashed potato doughnuts and brown bread, to fancy yeast breads like a cardamom Christmas crown, an almond-crusted loaf with almond paste, and a black walnut kuchen.

As I said, this issue is a bounty for Thanksgiving and fall weather cooking, but you must have the recipe for the pumpkin squares.  Guaranteed to be a hit! 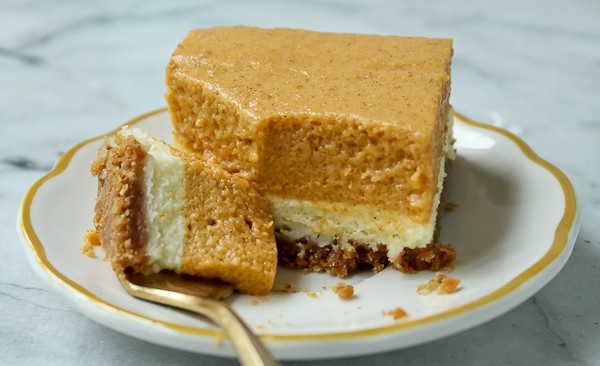 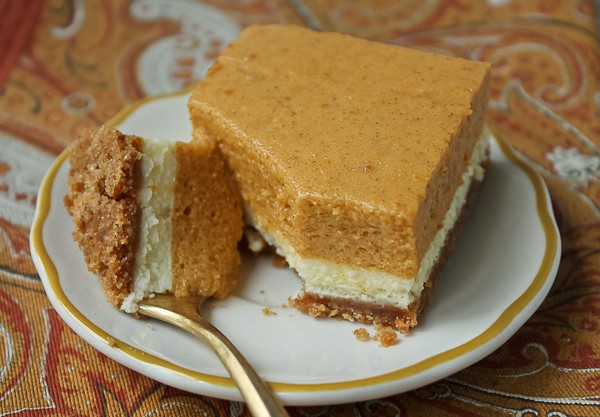