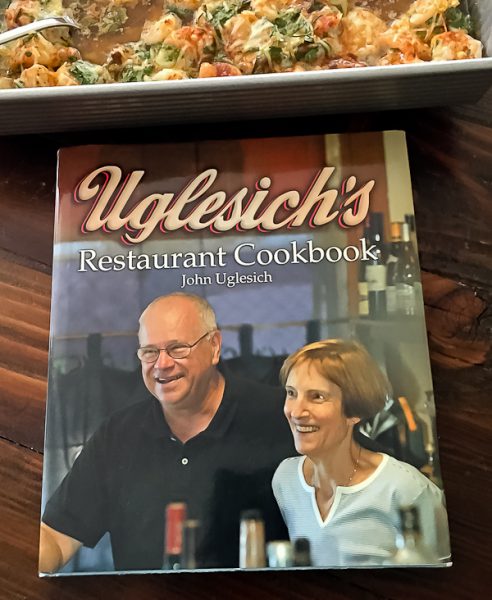 Uglesich’s Restaurant in New Orleans at the corner of Baronne and Erato streets was legendary.  Founded in 1924,  Uglesich’s (pronounced yoo-gul-sich) had a loyal and very devoted following for more than eighty years before closing.  In 1920, Sam Mate Uglesich came to New Orleans from Yugoslavia and found work in the restaurant business, and in four years saved enough money to open his own seafood and po’boy restaurant.  He sold the restaurant to his son and daughter-in-law in the 1960’s.  Anthony and Gail Uglesich worked there together since their marriage, and closed the restaurant together.

The Uglesich’s worked hard all those years, serving fresh and local ingredients and never skimping.  No corners were cut when it came to ingredients.  They arose early in the morning to make all the sauces with Gail measuring everything by the teaspoon.  It was real home cooking.  There was nothing fancy about the restaurant with its ten formica-topped tables sitting on cement floors in a single room.  But it was all about the food and the lovely people who made it the legend it was for decades and is sorely missed by many.

I learned of this marvelous cookbook while visiting my daughter Kara and family last week in Mississippi.  We were there for the baptism of our first grandchild (blog to follow later on that!) and I saw the cookbook sitting on the kitchen counter.  Kara declared it one of her favorite cookbooks and said she wanted to make her favorite recipe from the book, Baked Shrimp with Garlic.  I turned to the page and had to laugh.  When it came to cookbooks, my daughter had become her mother.  There was the beloved recipe, with scribbles all over the page with her comments and memories.  I had a proud momma moment… 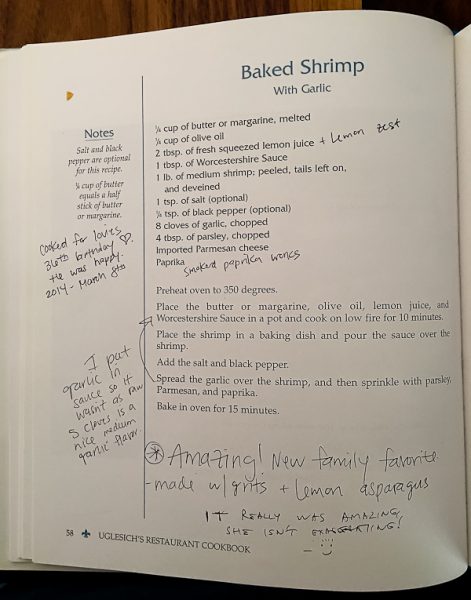 Of course, with a two-month old baby, Kara was rather busy so she asked me to peel and devein the shrimp and asked Kristina to make it.  Kara wanted to serve it with grits, but it can also be served with a nice warm loaf of French bread for dipping into the buttery, garlic sauce.  Oh my, it was good. 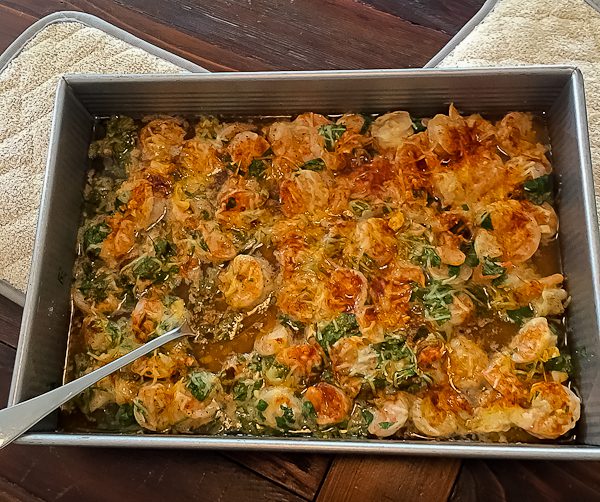