Clementine Paddleford: From the “Little Apple” to the “Big Apple” 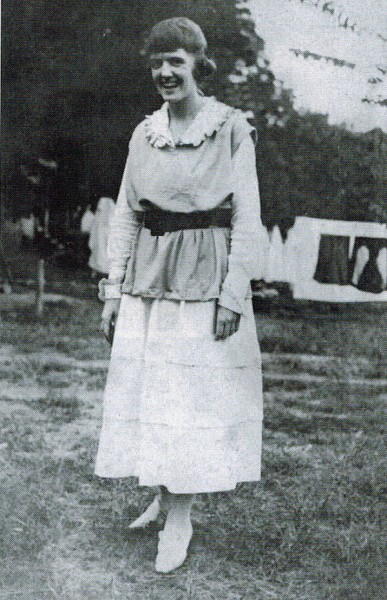 At the time of Clementine’s move in 1921 from the “Little Apple,” Manhattan, Kansas, to the “Big Apple,” New York City, Warren G. Harding was president of the United States, Adolf Hitler had become head of the Nazi Party, and Congress had just passed a quota on immigration.  Clementine moved into a boarding house on West 122nd Street, north of Columbia University, enrolled in graduate level journalism classes at New York University, and dressed in clothing lovingly sewed by her mother Jennie.  Clementine was ready to tackle the world, but first she had to tackle the New York City subway system, which she found daunting.  “It’s funny, and yet awful,” Clementine wrote to her mother.  The only people Clementine had to talk to was her roommate Pauline Richards, a fellow Kansas State alum, and her beau, Lloyd Zimmerman, whom she affectionately referred to as “Zimm,” below, the only photo I could find of him. 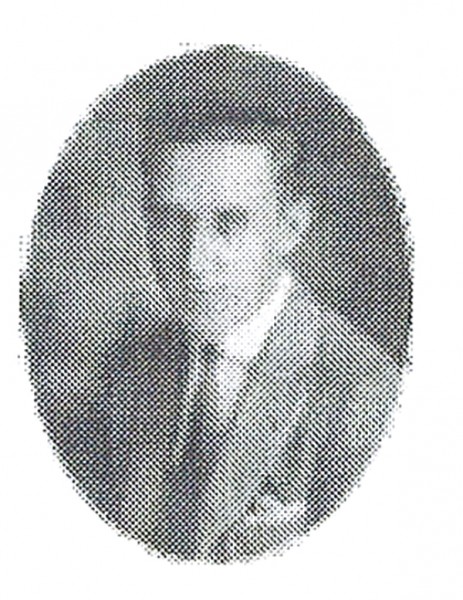 Life was not easy at first.  Clementine had no job and spent a lot of time ironing, shopping, and sometimes just stayed cooped up in her apartment, which she found extremely difficult and lonely.  Zimm didn’t stay long in New York as he took an internship in Philadelphia and could only see Clementine on weekends.  Her parents sent her money, but she was anxious to get started with her life.  Clementine eventually got a small job on a freelance basis, another waiting on tables, and worked as a babysitter for wealthy families.  For Christmas, she found a job at Gimbel’s in the umbrella department.  It didn’t last long, as one day when a customer banged on the counter and shouted, “Miss!!” at Clementine, and the frustrated Clementine replied, “Don’t you “Miss” me!” and quit.  Then things got worse.  Pauline moved back to Kansas and Zimm took a job around the Chicago area.  Clementine became very depressed.  One day she found herself wandering around the antique stores of the Bowery and bought a brass kettle, a cream pitcher, a sugar bowl, and a serving tray to brighten up her apartment and her spirits.

Chasing many leads for jobs became frustrating and Clementine was happy to leave her disappointing life one weekend to attend the wedding of a college friend in Chicago.  She jumped at the chance to see old friends and Zimm, and even arranged for some job interviews while there.  With an ease not available to her in New York, Clementine was offered a job not only as a feature writer for the Agricultural News Service, but another one as an editor of Milk Market Reporter.  Within two weeks, Clementine left her life in New York for an adventure in Chicago, which she found fulfilling both personally and professionally, except for one thing-  Zimm suddenly accepted a job in Houston.  But Clementine found many opportunities in Chicago and did not follow Zimm to Texas.  It was easier for her to make contacts in Chicago and Clementine found herself meeting with Margery Curry, the society editor of the Chicago Tribune.  To Clementine’s delight, Curry took Clementine under her wing.  Curry was a part of a group known as the Chicago Renaissance, which supported writers, especially women.  Clementine blossomed in this environment and made contacts that would change her life, not only with women, but men who she knew could help her to the top.

Zimm became increasingly frustrated with being away from Clementine and wanted her to relocate and get married.  Clementine finally relented and married Zimm in 1923, but refused to leave Chicago.  Not only that, Clementine wanted to keep their marriage a secret, even from family.  She had no desire to leave a professional dream that was coming true, not even for Zimm.  This pained him greatly, but he went along with it.  Not surprisingly, the marriage did not work out and they divorced in 1932.  What was shocking, was that in their nine years of marriage, they never even lived together.  But in those nine years, Clementine began her rise to the top of her profession.  She began writing promotional materials for Sears Roebuck’s radio station, WLS; Marshall Field, Montgomery Ward, and more, along with being a ghost writer for high-profile articles for the director of the Sear’s Foundation.  Clementine’s professional life got a big boost when she began writing for a monthly magazine, Farm & Fireside, a publication popular with women that featured food and housekeeping.  This also gave her the chance to return to New York with a top editing position, much better suited to Clem than being the umbrella sales girl at Gimbel’s!  Clem was ready for this position that was perfect for her with her experience on a farm, her degree in journalism, and knowledge of agricultural subjects.

Clem quickly rose to the position of “Head of the Household Division” and supervised nine departments.  She revamped all the departments, found a loyal following of readers, and letters began pouring in asking for Clementine’s advice, recipes, and household hints.  Clementine convinced her bosses to let her travel to the homes of the readers who wrote in to the magazine and was invigorated by learning how others lived and worked their farms.  This was early evidence of Clementine’s uncanny ability to find out what people were eating and who was producing it.  By the end of her very first year at the magazine, Clementine had created her own niche for her features and developed a deep understanding of the working class of women in her era.  By now, Clementine was considered an expert.  She began to attend and speak at luncheons sponsored by big names like Kraft and Kellogg’s.  By the end of the 1920’s, Clementine held an important name in journalism circles and she was not yet thirty years old.  But as her dreams were being realized, Clementine had to face the tragic death of her mother Jennie from cancer.  Jennie’s death devastated Clementine but at the same time evoked an even higher level of ambition.  She decided to involve real cooks in her world of food journalism.  And so her legacy begins.

Coming up in the next blog:  Clementine’s extreme successes and tragic blows.