The box of cookbooks I received from Kelly White after all my books were lost to a flood, had a note tucked inside that still will bring tears to my eyes.  I have kept the precious note from Kellie between the pages of one of her books.  She said each of these books is special to her in some way, and she wanted me to have them.  This is the reason my new Culinary Cellar has such an aura of love and generosity that feels like a big comforting hug each time I go down the stairs.  As Kellie said, “You are collecting a whole host of new things with special meanings behind them.”  I couldn’t have said it better.

Kellie’s note gave an explanation of why she loved each of these books.  The first one is that gorgeous gold one at the bottom of the pile.  The author is Vincent Price (Yes!  THAT Vincent Price!) and his wife Mary.  The Price cookbook has one of the most beautiful covers in cookbook publishing history.  It feels like leather, with gold print that announces its elegance.  It’s very large and heavy, also making it seem very special, which it is.  All of this is even before you get to the gorgeous photos and incredible recipes.  Who would have guessed the King of horror movies could cook!  The Price’s were known as great hosts and held countless dinner parties for the powerful of Hollywood.  They dined in the best restaurants across the globe, then upon the return home would duplicate the menus in their own kitchen.  Lucky for all of us, they shared them with the world in this iconic cookbook. 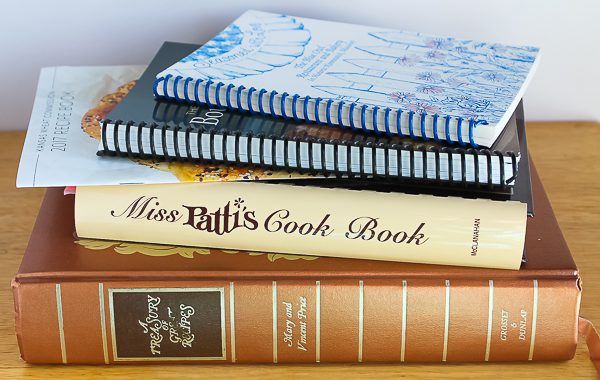 The Blue Owl Restaurant and Bakery on top is a well-known establishment in Kellie’s area, serving delicious home-cooked food.  They were featured on the Food Network for their famous “Levee High Apple Pie.”  Kellie says everything in here is wonderful.

The dark spiral book is called “The Boundaryless Kitchen,” which Kellie and a friend put together for a fundraiser.  They raised $6,000 which was donated to St. Louis families in need over the holidays.  Kellie and her friend were able to gather recipes from colleagues all over the world because they worked for a very large global company.  It also meant they had to convert some with metric measurements.  It sounds like a lot of love and hard work went into this book, and again shows Kellie’s big heart.

Kellie is a successful prize-winning cook, which is no surprise.  The small booklet third down in the photo is from the Kansas Wheat Commission 2017 contest, where Kellie competed in Manhattan, Kansas.  It’s a fun event that I had the pleasure to attend at an earlier contest with my daughter Kristina, who was one of the judges.  If you enjoy baking bread, the contest is still held. 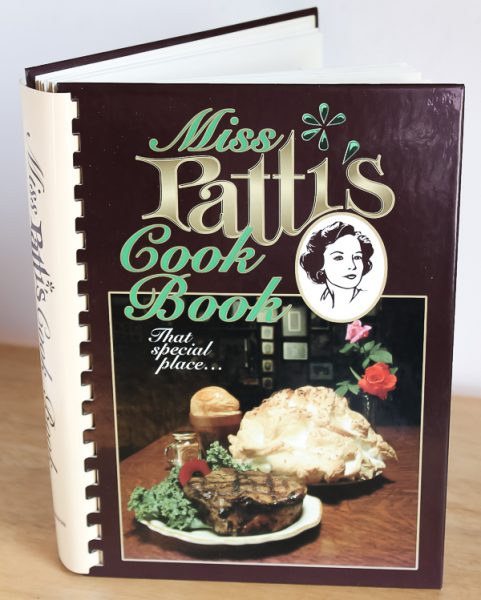 Now for this special cookbook from a family-owned restaurant in a small town in Kentucky.  It is filled with the favorite recipes of the restaurant and their own family. The restaurant has won numerous awards including Southern Living’s Reader Choice Award as one of the top three establishments in Kentucky, and Kentucky Small Business Persons of the Year. 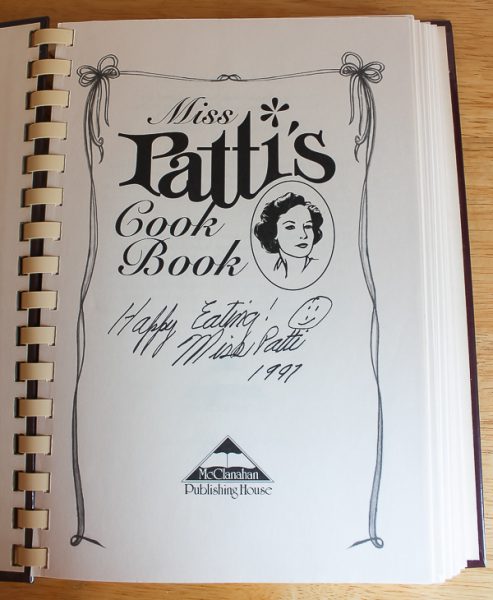 Kellie even sent a signed copy from Miss Patti.  According to Kellie, if driving east from St. Louis, billboards announce Miss Patti’s Restaurant to travelers for an idea of a place to rest and eat.  She has been there and declares it a favorite.

Since I love those out-of-the way small hometown restaurants, I wanted to make something from this cookbook.  There were so many recipes to choose from, but in the end I went with simple and homey.  I love to preserve and freeze many of the bountiful selections from home gardens and Farmer’s Markets.  Our market does not begin here in my hometown until next month, so I used two large English cucumbers from the supermarket.  When I spotted the recipe for freezer pickles it was the perfect recipe to try, besides, I love pickles!  I have never tried a freezer type and couldn’t wait to make them.  First, the ingredients are prepared as directed then immediately frozen for two weeks. 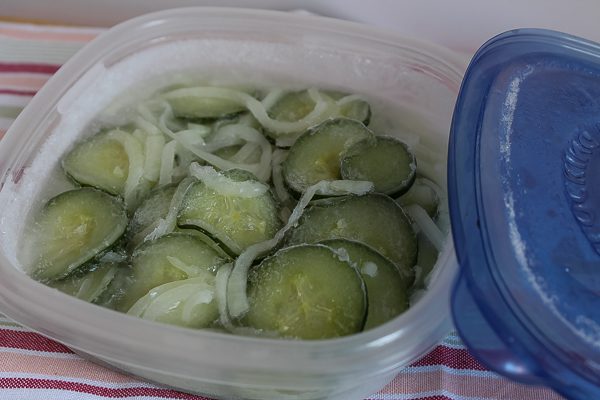 Here are the pickles after the two weeks. 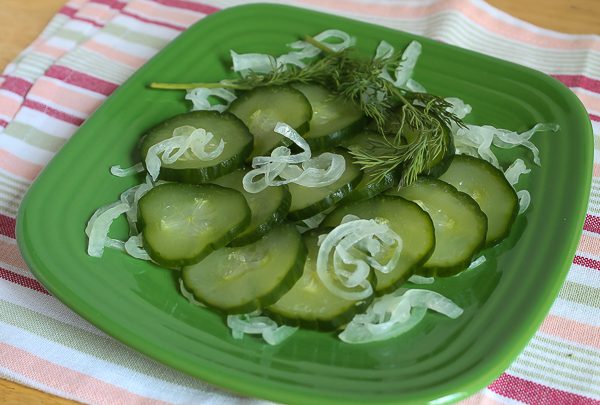 I thawed them overnight in the refrigerator and here they are now.  They not only kept their bright green color, but were so refreshing and crunchy.  I had them plain or added a little chopped fresh dill to some.  They are really good right out of the container and also great on sandwiches and burgers.  I can eat pickles like popcorn, so I will be making these again very soon.

Thank you, Kellie, for all the treasured cookbooks!